Family wakes up to bear trapped in mudroom 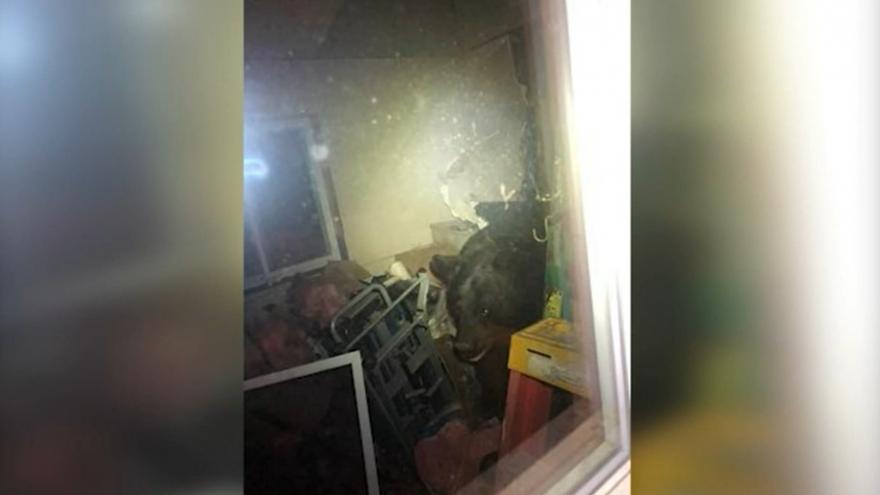 GRAFTON, New Hampshire (WMUR) -- A Grafton couple woke up to a surprise after a black bear was trapped on their mud porch, destroying part of it along the way.

"I looked out the dining room window and there was a really big bear stuck on the porch — eating the porch, as a matter of fact," Melissa said.

News 9 was told the bear was inside for roughly 45 minutes while the homeowners tried to figure out a way to get him out.

The homeowners said they have cats who go in and out of their mud porch, so the door is sometimes left open, which is the reason they said they think the bear got in.

Eventually, Melissa's husband was able to crawl out a window and open the door to the mud porch from the other side and freed the bear – but not before he made quite a mess.

“When he came in, he must have shut the door behind him then he was essentially trapped in this 8 x 12 area,” Melissa said. "And so, he removes sheetrock, removes screens, he pretty much trashed the entire porch."

The New Hampshire Department of Fish and Game said it's rare for black bears to make their way inside a home or mud porch.

"Bears find their food by a sense of smell. So, keeping these items such as a grill clean or keeping your garbage in air-tight containers so the smell can't get out, those are the first important steps to tricking a bear and not letting the bear find it," said Andrew Timmins, of New Hampshire Fish and Game.

Even pet food can lure a bear during its search for food.

Fish and Game said for the most part, black bears are afraid of humans, and if you see you in your yard, you should make as much noise as possible to let the bar know it doesn't belong there.