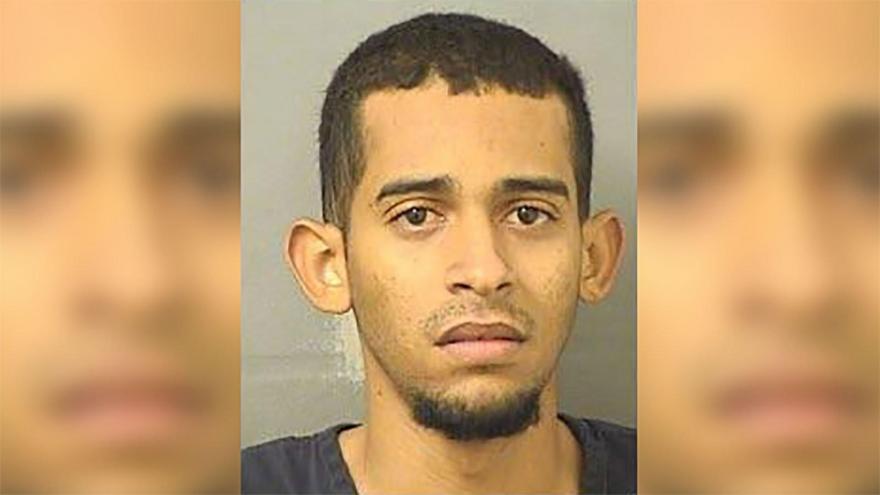 A week after 75-year-old Evelyn Smith Udell paid Best Buy for delivery and installation of her new washer and dryer, police say she was bludgeoned and set on fire in her Florida home by one of the deliverymen.

(CNN) -- A week after 75-year-old Evelyn Smith Udell paid Best Buy for delivery and installation of her new washer and dryer, police say she was bludgeoned and set on fire in her Florida home by one of the deliverymen.

The Boca Raton grandmother died the next day, on August 20, according to a wrongful death lawsuit filed by her estate. The plantiffs are accusing the electronics giant and two companies it retained to carry out the delivery of failing to conduct adequate background checks on delivery people.

"We have struggled, as adults, to comprehend these unspeakably horrific deeds and to explain to our children, Evy's cherished grandchildren, that their beautiful, kind, and giving Grand-mom was no longer able to walk among us," daughter-in-law Sloane Udell said in a statement on behalf of the family.

"There is no why. It has been an unimaginable task to bring reason to something so senseless."

Best Buy, in a statement, said the company will join the Udell family in calling for legislation requiring mandatory background checks across the retail industry as well as "any other reasonable steps that can be taken to ensure this kind of tragedy does not occur again."

The statement did not address the specific claims in the suit but said background checks have long been required by Best Buy. The company is working with contractors "to ensure that these checks are up-to-date and are done on a re-occurring basis," according to spokesman Keegan Shoutz.

Jorge Luis Dupre Lachazo, 21, one of two workers who delivered the appliances, has been charged in connection with Udell's death, according to a Boca Raton police affidavit.

According to the lawsuit, Lachazo was employed by X.M. Delivery Inc., a subcontractor of J.B. Transport Services Inc., which Best Buy contracted out to. Neither J.B. Hunt nor X.M. Delivery responded Saturday to a CNN request for comment.

It's unclear whether Lachazo has an attorney.

Deliveryman was answering woman's questions when he attacked, lawsuit says

The lawsuit, filed this week in Palm Beach County Circuit Court, said Udell visited a Best Buy store in Boca Raton on August 12. She purchased a washer and dryer and paid for delivery and removal of her old machines.

The new washer and dryer arrived on the morning of August 19. When installation was complete, one of the deliverymen stepped outside to return a phone call, according to the wrongful death complaint.

Lachazo was answering questions about the new appliances when he "suddenly grabbed a nearby mallet" and struck Udell on the side of the head, the complaint alleges.

The deliveryman "then retrieved a can of acetone, doused Mrs. Udell's unconscious body in the chemical, and set her on fire," according to the complaint.

According to a police affidavit, the other worker outside heard screams, went inside and saw what had happened. He made a frantic 911 call but had to wait for an interpreter to relay what he had seen, according to an recording of the call. Lachazo was arrested after fleeing in the delivery truck.

The hairs on his lower legs were singed and his legs covered in ash, the police affidavit said. He was "very sweaty and shaking, as if nervous." Lachazo admitted striking the woman with the mallet, and said he had recently used cocaine and vaped marijuana, according to the affidavit.

Udell suffered multiple skull and facial fractures, the lawsuit said. She had second- and third-degree burns over most of her body. She died the next day.

"She still traveled extensively, had an active social circle and volunteered at the local library," Sloane Udell said of her mother-in-law.

"She even talked about getting another job. She would have celebrated her birthday the following week."

Udell "faced unspeakable terror and pain in her final moments" in "a barbaric, yet preventable attack that can be described as nothing short of torture," she said.

The family set up a charitable trust to support causes Udell loved such as libraries and literacy projects. They're also supporting legislation to require "extensive and ongoing background checks for in-home service workers." Best Buy said it will donate to the charity if the family accepts.

"We do business with well-known companies under the assumption that we will be safe," Sloane Udell said. "Tragically, that is not the case."

Lawyers for the family said readily available and affordable criminal and driving background checks would have disqualified workers such as Lachazo, who they claim had a suspended license and had been arrested for stealing a cellphone.

The suit said Best Buy delegated delivery and installation services to contractors and "did nothing to investigate, supervise, or oversee the personnel used to perform these services on their behalf."

"Worse, Best Buy Co. and Best Buy Stores did nothing to advise, inform, or warn Mrs. Udell that the delivery and installation services had been delegated to third-party agent(s) over which Best Buy ... did nothing to investigate, supervise, or oversee."