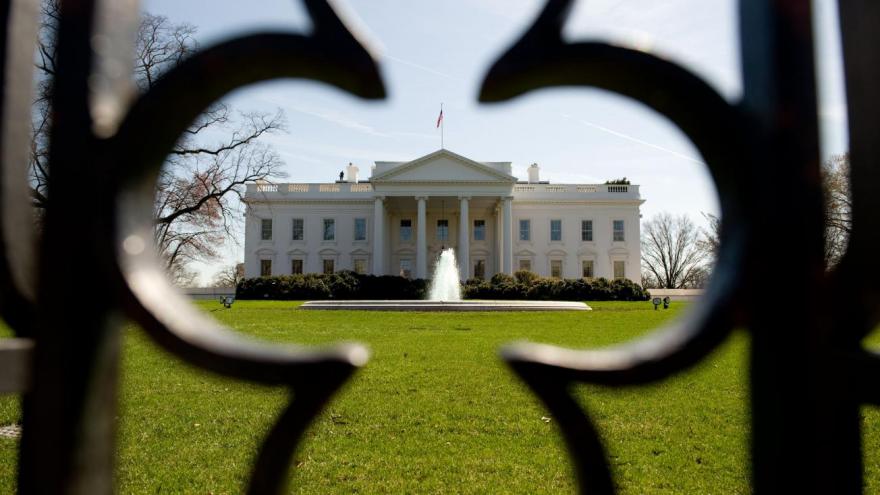 Nineteen family members of Americans unlawfully detained abroad will take part in a day of activism in front of the White House May 4 in the hope of securing a meeting with President Joe Biden that could lead to their loved ones returning home.

(CNN) -- Nineteen family members of Americans unlawfully detained abroad will take part in a day of activism in front of the White House Wednesday in the hope of securing a meeting with President Joe Biden that could lead to their loved ones returning home.

Alexandra Forseth, whose father and uncle are part of the so-called CITGO 6 -- five of whom remain in Venezuela -- told CNN family members of Americans detained in Venezuela, Rwanda, Iran, Afghanistan and Russia are expected to participate, both in person and virtually, in Wednesday's event at Lafayette Park. The father and sister of Trevor Reed, who was freed from Russian detention in a prisoner exchange last week, will also be there.

Reed's release threw a spotlight on Paul Whelan, a US citizen and former Marine who has been in Russian custody since 2018 for espionage charges, which he has consistently and vehemently denied. Whelan, who was convicted and sentenced in June 2020 to 16 years in prison, has questioned why he was left behind in the deal that freed Reed.

Whelan's sister, Elizabeth, told CNN that she had spoken with Secretary of State Antony Blinken on Saturday. Elizabeth Whelan said she was "deeply appreciative of the call" and had "shared the distress the Whelan family felt when we found out that Paul was left behind in Russia."

"Secretary Blinken assured me that obtaining the release of Paul Whelan remains a priority," she said, but "exactly how that effort is going was not shared on the call."

A senior State Department official confirmed that Blinken and Elizabeth Whelan had spoken over the weekend but did not share details about their call.

Forseth, one of the leaders of the day of activism, said the idea for the event came together prior to Reed's release but that it was like "lighter fluid" for the families.

Forseth said there is a feeling among the families of detainees that the administration's hostage diplomacy policy is "completely reactive," and the administration is not going to make decisions on their loved ones' cases "unless we make a stink, and then it just so happened that the Reeds proved our case."

"We've been siloed, but we're all in a very similar situation where we feel that there are decisions to be made that could directly improve our cases, or bring people home, all of the above, and it's just getting stopped, not getting to Biden, and then the only people that are getting results are the people that screamed loud enough in the rain to get Biden's attention," he said.

Paula and Joey Reed met with Biden following an extensive public pressure campaign. On Monday, Biden said he would meet with the parents of Austin Tice, an American journalist was kidnapped in Syria in 2012.

Calling theirs an "inclusive but focused campaign," Forseth said the families aim to get the public to think of these not as individual cases, but rather as a pattern and "an injustice and the government needs to actually care and do something about it."

The Biden administration has said it is working to secure the release of Americans who are unlawfully detained abroad.

"We on the President's team will keep working these issues until they're home, just as the President has pledged that we'll do," a senior administration official told reporter's during a briefing about Reed's release.

This story has been updated with further developments Monday.