Family finds $600,000 worth of cocaine floating near a South Carolina beach 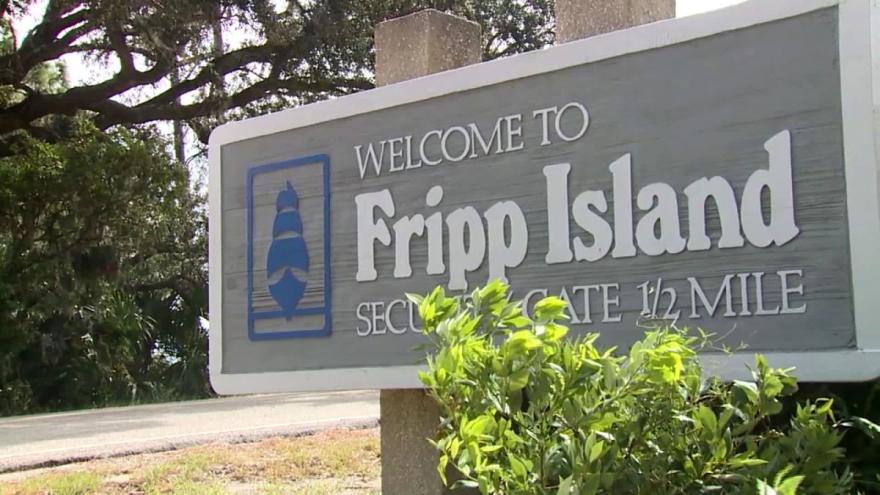 (CNN) -- A family on vacation in South Carolina found more than just seashells and crabs while strolling along the beach.

Justus Holland and his family were enjoying Fripp Island's beach on October 6 when they came across a "large, dark object" floating in the water, police said. It weighed 44 pounds.

The family dragged the package out of the water, loaded it on their golf cart and took it back to their vacation house, Major Bob Bromage of the Beaufort County Sheriff's Office told CNN.

Holland then opened the package, revealing 20 wrapped bricks. He unraveled one of the bricks and cut through it with a knife. When he pulled it out, he observed a "white substance on the blade," a police report said.

Realizing that it could be an illegal substance, Holland called law enforcement.

When police arrived, they used a test kit to confirm their suspicions. The white powder was cocaine.

"This is a very infrequent occurrence," Bromage said. "This happened maybe a handful of times in the past decade."

Officials with the Sheriff's Office estimate the street value of the drugs to be around $600,000, reported CNN affiliate WCSC.

CNN reached out to Holland for comment but he did not reply.

Although the family "did the right thing" by calling police, Bromage said anyone who finds a suspicious package should report it immediately.

"I'm not going to criticize what they did," said Bromage. "But we encourage people who find packages like this to call us first and let us investigate. There could have been any number of things in that bag that could have been dangerous."

Investigators are still trying to determine the source of the package.

"The Beaufort County Sheriff's Office and the DEA are investigating and attempting to establish the cocaine's origin and intended destination," Bromage said.