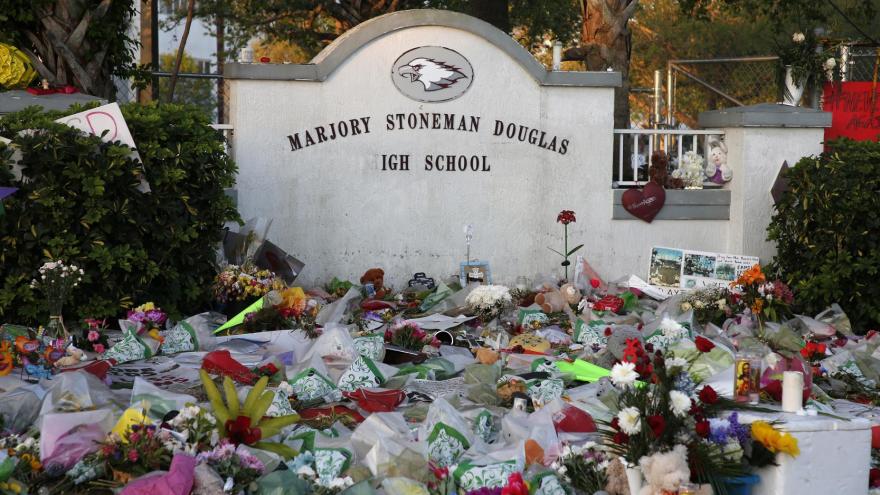 More than a dozen families for the victims of the Parkland, Florida, high school massacre have reached a settlement with the Justice Department after suing the agency and FBI for not acting on tips warning about the shooter, according to a federal court filing on Monday.

(CNN) -- More than a dozen families for the victims of the Parkland, Florida, high school massacre have reached a settlement with the Justice Department in connection with a lawsuit they filed after the FBI failed to act on tips warning about the shooter, according to a court filing on Monday.

On Valentine's Day 2018, Nikolas Cruz entered Marjory Stoneman Douglas High School and murdered 17 students and faculty members and injured 17 others. According to the lawsuit, the FBI received tips about Cruz's violent behavior, mental instability, and a large purchase of firearms, yet failed to intervene.

Cruz pleaded guilty to the shooting in October and faces the death penalty in an upcoming sentencing hearing.

Kristina Infante, lead counsel for the plaintiffs, said in a statement that while the financial details are currently confidential, it is an "historic" settlement and "the culmination of the Parkland families' long and arduous efforts toward truth and accountability."

The Justice Department declined to comment beyond the filing.

In a motion filed in October, the Justice Department said that the families' "causation theory is based on pure speculation that special agents in the Miami Field Office would have been able to prevent Cruz from committing his heinous act. Not only is such a theory speculative, but it necessarily relies on an impermissible stacking of inferences regarding how an investigation would have led to the prevention of the crime."

In a separate lawsuit, more than two dozen survivors of the massacre and families of the victims reached a $25 million settlement in October against the Broward County School Board. The agreement will not include any admission of wrongdoing by the school board, David Brill, an attorney in that lawsuit, told CNN.