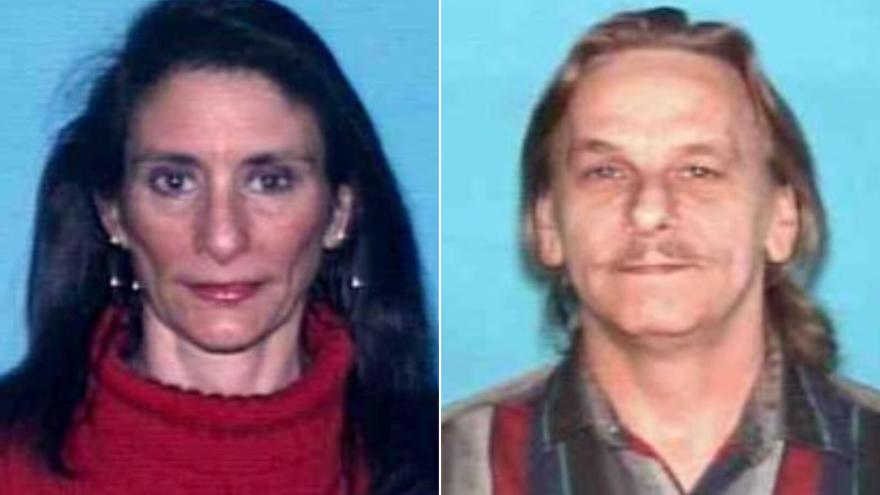 Rhogena Nicholas (left) and her husband Dennis Tuttle were killed in a raid on January 28, 2019, in Houston, Texas.

(CNN) -- The families of a man and woman killed in a botched police raid in Houston have filed lawsuits against the city and police department, according to two separate complaints filed Wednesday.

Rhogena Nicholas and her husband Dennis Tuttle were killed along with their dog when a tactical team raided their home on January 28, 2019. An officer alleged a criminal informant bought heroin from a man at Tuttle and Nicholas' home. The officer also alleged the man had a gun.

Four police officers were shot during the raid, leaving one paralyzed, according to Harris County District Attorney Kim Ogg. As a result of the raid and the investigation that followed, 12 officers have now been indicted.

Six other officers were indicted Monday, according to a statement from Ogg. Those officers face a variety of charges including murder, tampering with government records and engaging in organized criminal activity.

Both families said neither Tuttle and Nicholas were involved in selling drugs. The couple was well known and liked by their neighbors, according to the Tuttle family complaint.

Mike Doyle, co-counsel for the Nicholas family, said during a news conference Thursday the complaint was filed because the statute of limitations is almost up.

The complaint filed by the Nicholas family names the city of Houston, Police Chief Art Acevedo and 13 officers as defendants. The Nicholas family's complaint includes federal civil rights claims against the individual officers for excessive deadly force and unlawful search and seizure, a municipal liability claim against the city and Acevedo, in addition to state law claims including wrongful death and survival.

The Nicholas family has been asking for the physical evidence, an explanation and an apology from Acevedo for 18 months, Doyle told CNN over the phone Thursday.

"They've been put in a position where the only way we're going to get to the bottom or the top of what really is going on and continues to go on in this city and with this police department is by filing a civil action," Doyle said.

John Nicholas, Rhogena Nicholas' brother, said the death has been hard on his 86-year mother, who has already survived Covid-19. He said she'll hang on until she gets answers about her daughters' death.

"The hardest part I think is to my mama. She still wants to know exactly what happened," John Nicholas said.

The complaint filed by the Tuttle estate names the city and 13 officers as defendants. The estate has brought claims including unlawful search and seizure, excessive and deadly force and municipal liability.

Boyd Smith, the Tuttle family attorney, told CNN on Thursday that Dennis Tuttle, 59, was a veteran of the US Navy who was on medication for a seizure disorder. The complaint states he had no criminal record.

"We have spent two years trying to get this family answers to their questions and the city has stonewalled us at every turn," Smith said. "If Dennis did shoot at officers, it's because -- as a law-abiding citizen with no heroin in his house -- he thought his home was under attack by criminals. He had a right to fight back if that's what happened."

Police Chief Acevedo tweeted a statement Monday saying he's "disheartened" the process to indict these officers took so long. An officer who was willing to testify was not given the opportunity, Acevedo said.

"I have said many times that the other officers involved in the incident, including the officer indicted today, had no involvement in obtaining the warrant and responded appropriately to the deadly threat posed to them during its service," Acevedo said, adding that all current active officers who were indicted were relieved of duty.

Mayor Sylvester Turner told local media Thursday he wasn't going to draw any conclusions about the case because it is under investigation. He did say "practices, policies and procedures" have been in place in Houston and that the raid is a case "with a lot of intricacies."

The mayor also said he found it unfair to draw any conclusions of any organization based on the actions of a few.

"There are a lot of complexities and I think you have to be very careful before you join in conclusions," Turner said. "At the end of the day, we'll see where the facts land."