Families in US enclave in north Mexico hold sad Thanksgiving 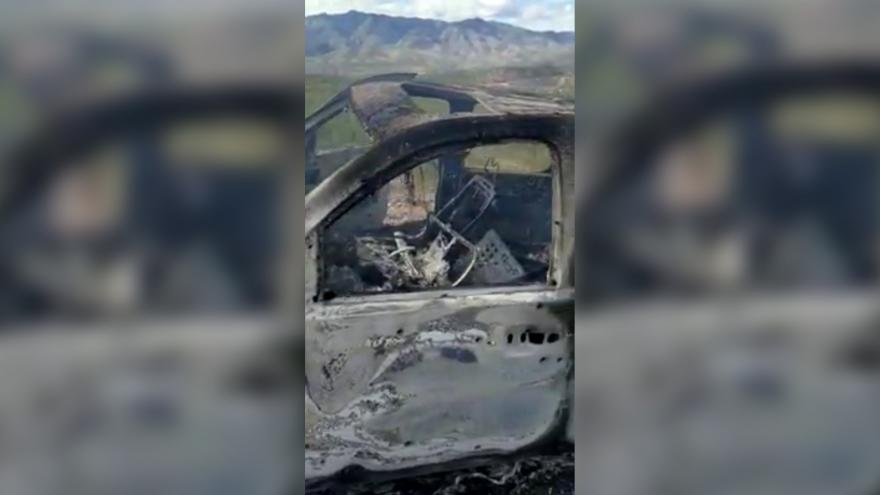 MEXICO CITY (AP) — Thanksgiving arrived with a sense of loss, but also a sense of solidarity, in enclaves of U.S. dual-national families in northern Mexico, coming almost four weeks after nine of their relatives were slaughtered by drug cartel gunmen.

Extended families gathered Thursday for the traditional meal in Colonia LeBaron in northern Chihuahua state, just across from La Mora, Sonora, where three women and six children were killed in the Nov. 4 ambush.

Lenzo Widmar, who lost a cousin and a childhood friend in the massacre, said this Thanksgiving brought more reflection about how to bring peace.

"I think that when our table is overflowing, we shouldn't build a wall around it. We should build a bigger table," Widmar said in a telephone interview.

"I've talked to some of these people first hand, a lot of the people that are involved in organized crime. It wasn't their dream to be a mafioso or a sicario," he added, referring to the Spanish word for cartel gunmen. "I'm not justifying their actions by saying this, but their opportunity was so limited that they were drawn more to committing crime to support themselves, or to meet their wants and needs."

Widmar, 43, was born and raised in Colonia LeBaron, where farmers run cattle and grow pecans. There were about 15 people at his house for the holiday meal.

The community is part of the Mormon tradition, but its residents are not affiliated with the Church of Jesus Christ of Latter-day Saints. They have been in Mexico for decades, and many were born in Mexico.

The pecan harvest is just coming in, so pecan pies are definitely part of the traditional turkey-and-trimmings menu.

"At just about every house you can see banana bread with pecans, or pecan pies," said Alex LeBaron, who also lost relatives in the attack.

Born in Mexico, with a Mexican mother, LeBaron said there are some local touches to the meal at his sister's house, where about three dozen people gathered to eat dishes like brisket tacos with Mexicans salsa.

But the killings cast a pall of fear and uncertainty over the communities.

"It's awful quiet. You can usually hear noise around here," LeBaron said of the small farming community. "It's kind of lonely. I think a lot of people decided to have Thanksgiving in the United States."

Large families are the norm in the communities, where some were once polygamous, though the practice is in decline. But the gatherings appeared to be smaller this year.

"Houses that are normally filled with 80 or 90 family members, some of them are down to 20 and 30," Widmar said. "The reality is that the spirit here is a little bit slightly dampened, but we're still going on, we're still plugging away."

The farmers are used to change and challenge. Decades ago they started planting pecan trees, and about 10 years ago Widmar's family switched totally from water-hungry crops like alfalfa and corn to drip irrigation and pecans.

Also decade ago, Widmar was wounded in a cartel attack that killed his brother and brother-in-law. After that 2009 attack he wore a bullet-proof vest, but gradually stopped using it. He donned it once again when community residents went to rescue children who survived the Nov. 4 attack.

"I think that what scares me the most is that I'm not scared anymore," Widmar said. "I think we're getting used to this, and that scares me more than anything else."

He said the community needs to regain its peace of mind, even if they can never do that fully.

"To whatever level we can, we want to restore that, so that we can live here in peace that we had when we were children," he said.

Some Mexicans feel that would violate the country's sovereignty, and some attacked the LeBarons. Trending topics on Mexican Twitter accounts Wednesday included hashtags like "LeBaronOutOfMexico" and "LeBaronTraitors."

Other prominent Mexicans came to their defense, noting the problem wasn't the LeBarons, but rather the drug cartels that attacked them and the Mexican government's current policy of avoiding confrontations with the gangs.

Alex LeBaron said what he wanted to do was "start a profound debate between both countries" on how to stop drugs flowing north and weapons flowing south.

"All these issues seem to be on the back burner of politicians in both countries as a priority," LeBaron said. "As long as the market (for drugs) is there in the U.S., it will be very hard to confront this issue in a serious, effective manner here in Mexico."