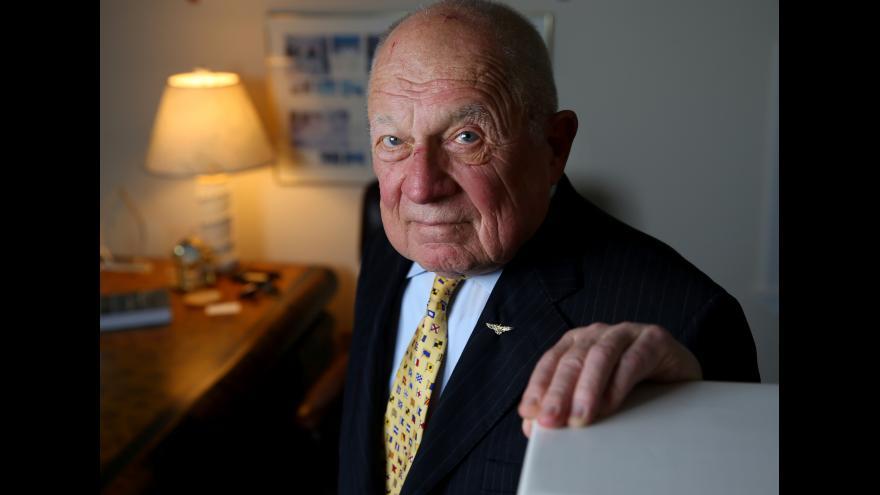 (CNN) -- F. Lee Bailey, the prominent defense attorney who represented many high-profile clients, including O.J. Simpson, died Thursday at age 87. His death was confirmed to CNN by Jennifer Sisson, a manager at Bailey's consulting firm.

"I lost a great one. F Lee Bailey you will be missed," Simpson tweeted Thursday, along with a video of himself talking about the lawyer, who he described of "one of the great lawyers of our time."

Among Bailey's other prominent clients were Samuel Sheppard, a doctor who was accused of murdering his wife, and who became the inspiration for the television series and movie "The Fugitive."

"Bailey was so committed to his clients that he really adopted the notion of their innocence," former Massachusetts Superior Court Judge Kenneth J. Fishman, who worked for Bailey as a young law student in 1975, and stayed in practice with him for nearly 27 years, told CNN.

"He was truly a remarkable man. He was the quintessential criminal defense lawyer."

Fishman, who called Bailey his friend, said the two had authored multiple law books together, including a 2019 manual on what Fishman called "the art of cross examination."

"I never saw anybody who could cross-examine like he could," Fishman said. "It was truly remarkable. And effective, obviously."

Fishman said Bailey pioneered a style of cross-examination that eschewed using notes and prepared questions, and emphasized working off of a witness' reactions and testimony.

"F. Lee Bailey had a different approach than was typical at the time," Fishman said, adding that Bailey had an "incredible, almost scary memory."

Bailey was also among the first defense attorneys to regularly use press conferences as a tool, Fishman said.

"The phrase was that he was 'flamboyant,'" Fishman said of Bailey's reputation in the media. "It would be a mistake to think that was about self-promotion. He realized early on that the only information (in the press) was from press releases from police and prosecutors."

Bailey was disbarred by the state of Florida in 2001, after The Florida Bar filed a complaint alleging that the mishandled some $6 million in stock owned by a former client, convicted drug dealer Claude Duboc.

The court in its ruling concluded that "Bailey is guilty of the most serious and basic trust account violations," the court said. Bailey also spent 6 months in federal prison for contempt of court over his handling of Duboc's stock.

In 2000, he told Greta Van Susteren, then a CNN Legal Analyst, that he initially was going to pursue a career as a writer.

"I was going to Harvard, majoring in English," he said. "I went to flight school, became a marine. They ran out of lawyers. My name begins with B, then A, and I got volunteered a lot. When the legal officer resigned, they called me in and said you're now the legal officer, here's a book, go read it. And I found that I enjoyed it."

When asked about the "low point" of his career, Bailey told Van Susteren it was when his wife died.

"It was a difficult thing to watch over a 13-month period," he said. "I literally shut my practice down, rejected almost all new cases in order to chase around the world trying to find a solution to a disease that has no solution. But those things happen. And then, of course, my mother passed right after that. It was kind of a double hit. And the federal courts and the bar have tried to sweeten the pot, and I just have to keep thinking of Winston Churchill, who said, 'never give in.'"