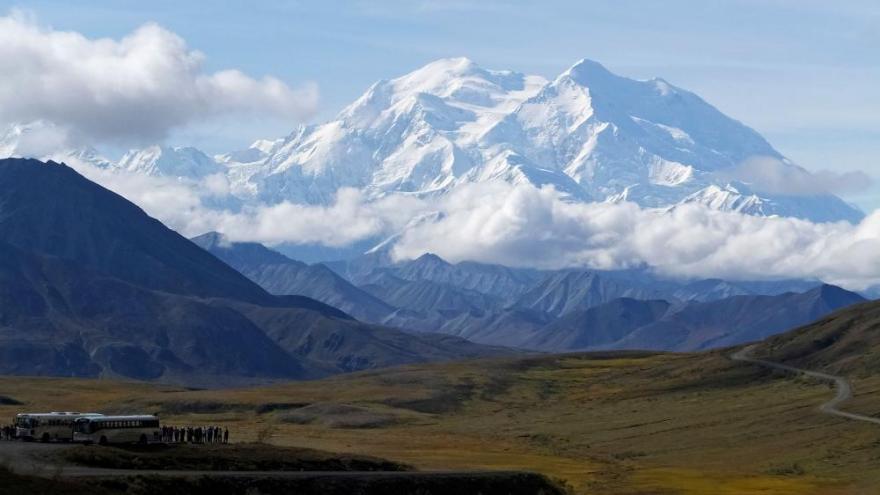 A climber was killed when a block of ice fell from a glacier in Alaska's Denali National Park and Preserve.

(CNN) -- A climber was killed and another injured when a block of ice fell from a glacier in Alaska's Denali National Park and Preserve, the National Park Service says.

The ice fell from Ruth Glacier, hitting the two-man rope team Thursday morning, the park service said in a release.

The 31-year-old male survivor, from Logan, Utah, was knocked out by the falling ice. When he regained consciousness, he saw that his climbing partner, a 32-year-old man from Rigby, Idaho, had been killed.

The Utah climber then alerted park officials using an InReach satellite communication device about an hour after the incident.

"Despite significant injuries, the surviving climber managed to move to a location outside of the debris zone to await rescue," the release said.

Rangers rescued him by helicopter and he was taken by air ambulance for further care.

The weather initially blocked rangers' attempts to return to the site. On Friday afternoon, the National Park Service announced it was able to recover the climber's remains, according to affiliate KTUU.