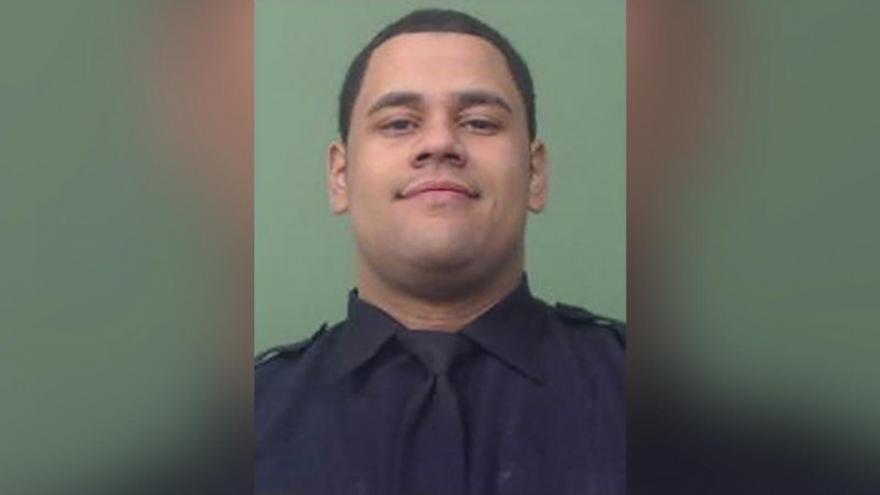 NYPD officer Wilbert Mora, age 27, who was shot and critically injured after responding to a domestic dispute in Harlem.

(CNN) -- A New York Police officer who died days after a brutal shootout in Harlem saved five lives after his organs were donated, according to LiveOnNY, the organization that helped facilitate the donation.

Mora was one of two officers who died as a result of the shooting.

"LiveOnNY can now confirm that through the generosity of NYPD Officer Mora and his family with their heroic gift of organ donation, 5 people who were waiting for a heart, liver, two kidneys, and pancreas were saved," said Achan.

The donations were given to three individuals in New York and two outside of the state based on the medical urgency of the patients' status, according to Achan.

"We are humbled and honored to be the steward of these gifts on behalf of Officer Mora and his family so others may live on," Achan said.

Mora and Officer Jason Rivera, 22, were fatally shot Friday when a suspected gunman opened fire in a Harlem apartment, authorities said. Rivera died the night of the shooting.

The suspect, Lashawn McNeil, tried to run but was confronted and shot by a third officer on the scene and died days later, police said.

Rivera's wake took place Thursday at St. Patrick's Cathedral and his funeral is scheduled for Friday.