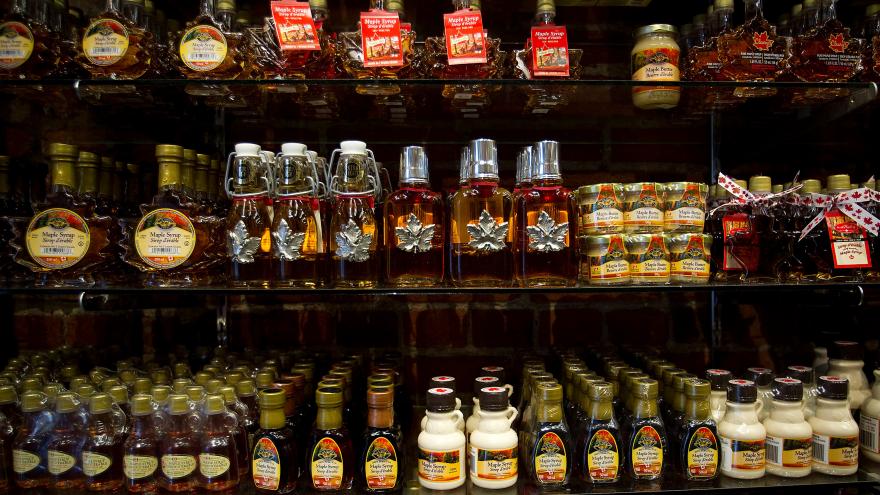 (CNN) -- Amid shortages, Canada is tapping into its strategic reserves. This time, for maple syrup.

The Quebec Maple Syrup Producers said it is releasing roughly 50 million pounds from its strategic maple syrup reserves, the trade group confirmed to CNN Business. That's almost half of the stockpile.

The government-supported organization, which is often called the OPEC of maple syrup, uses its reserves to control syrup prices and supply. As of 2020, Quebec produced 73% of all maple syrup in the world, and its biggest customer by far is the United States, which accounts for around 60% of Canada's export volume.

The strategic reserve was created to keep maple syrup in stock during bad harvest seasons or when demand spikes. That is the case right now following a hot and short spring that led to a lower yield. Historically, 2021 was an average year for maple production in Quebec, with a harvest estimated at 133 million pounds, but sales rose 21% compared to last year, straining the available supply.

In comparison, Quebec produced 175 million pounds of maple syrup in 2020. There are 50 million taps in the province, and there are plans to add seven million more in the next few years to meet demand.

"The pandemic helped in our case because we're seeing people cook more at home and use more local products,'' Normandin said in an interview with Bloomberg. "It's not just in Quebec the demand is increasing.''

The reserve has made headlines in the past. Between 2011 and 2012, 3,000 tons of maple syrup, valued at nearly $20 million Canadian dollars, were secretly siphoned from the reserve in a notorious theft known as the Great Canadian Maple Syrup Heist.