Facebook will start labeling pages and posts from state-controlled media 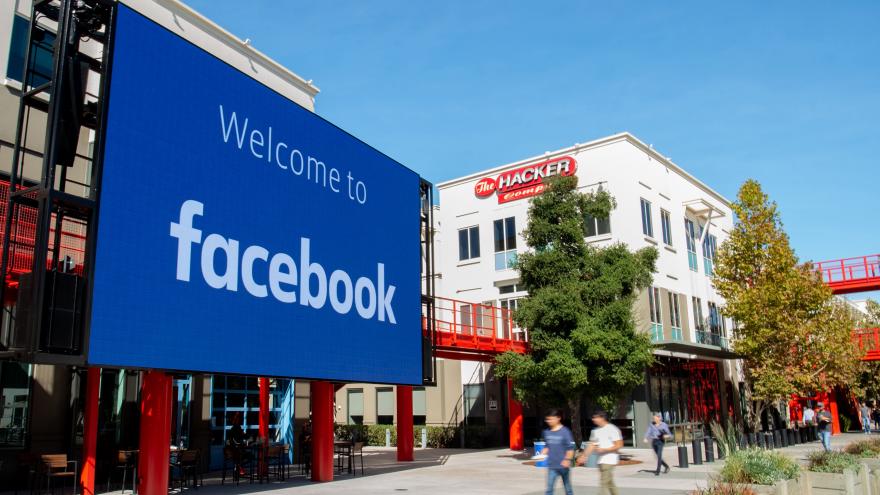 The labels will immediately start appearing on pages belonging to outlets such as state-run Russia Today and China's Xinhua. Starting next week, users in the United States will start to see the label appear on these outlets' individual posts — labels that will eventually be introduced in other countries.

Nathaniel Gleicher, Facebook's head of security policy, told CNN Business in an interview on Thursday that the company is taking such an approach so users know more about where their information is coming from.

"The concern for us is state media combines the agenda setting power of a media entity with the strategic backing of a state," Gleicher said. "If you're reading coverage of a protest, it's really important you know who is writing that coverage and what motivation they have. The goal of this is to ensure the public will see and understand who is behind it."

Facebook first announced plans for the labels in December, but the rollout comes as state-controlled media outlets, particularly from countries such as China and Russia, have been muddying the waters around the coronavirus pandemic and unrest over the killing of George Floyd at the hands of police. State media outlets, especially in China, have seized upon the recent protests in the past week, questioning why some American officials praise Hong Kong protesters while criticizing US protesters.

Later this summer, Facebook will also block state-controlled media outlets from running advertisements in the United States, "out of an abundance of caution" ahead of the US election in November, Gleicher said.

Gleicher said there are no plans to roll out the ad bans elsewhere as state media is the only form of local news in some regions in the world.

Gleicher said Facebook consulted with 65 experts to create its own criteria to define which outlets to label as state-controlled media. These criteria include where the outlet's funding comes from, editorial transparency, ownership structure and governance, internal accountability mechanisms and third party confirmation of independence. An entity can be state-funded, but deemed independent. Though an initial list of outlets including China's CCTV and Xinhua, Russia Today and Sputnik will receive the label immediately, Gleicher warned the list is "dynamic" and will change over time. Entities can also appeal their label.

In 2018, YouTube began labeling videos that came from state-funded media, leading to some outcry from media outlets like Voice of America that are funded by the US government but say they have a "legislative firewall" that would prohibit interference in reporting.

A spokesperson for Russia Today condemned the move as "a prime example of 'fake news'."

In an email to CNN Business, the spokesperson said Facebook is trying to tell "the entire rest of the world what it can and cannot say," comparing it to "the definition of a technological dictatorship and censorship."

Responding Friday to Facebook's new policy, Geng Shuang, a spokesperson for China's Foreign Ministry, called on social media companies to "give up ideological prejudice." All media organizations should be "treated equally" as long as they abide by laws and regulations in their host country, he added.

— Isaac Yee contributed to this report.