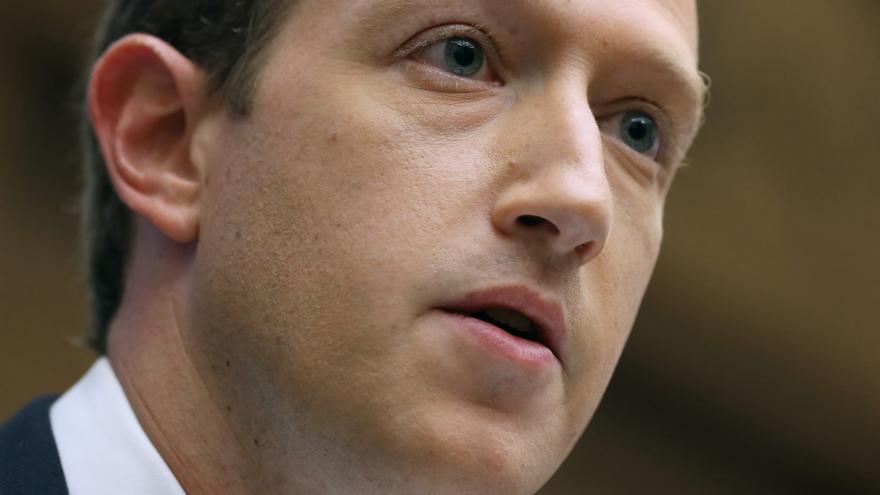 (CNN) -- Facebook on Thursday said it had taken action against ads run by President Trump's re-election campaign for breaching its policies on hate. The ads, which attacked what the Trump campaign described as "Dangerous MOBS of far-left groups," featured an upside-down triangle.

The Anti-Defamation League said Thursday the triangle "is practically identical to that used by the Nazi regime to classify political prisoners in concentration camps."

"We removed these posts and ads for violating our policy against organized hate. Our policy prohibits using a banned hate group's symbol to identify political prisoners without the context that condemns or discusses the symbol," Andy Stone, a Facebook spokesperson, told CNN Business.

The hate group to which Facebook was referring in its statement is Nazis, the company confirmed.

The ads targeted the far-left group antifa, calling on Trump supporters to back the President's calls to designate the group a terrorist organization.

Responding to criticism of the ad earlier Thursday, the Trump campaign claimed the red triangle was "a symbol widely used by Antifa."

The campaign pointed CNN Business to several links to poster,sticker, and magnet websites that sell unofficial merchandise designed by their users that contains the symbol. The campaign did not point to any examples of antifa activists wearing the symbol.

The ADL said Thursday that some antifa activists have used the symbol, but it is not particularly common.

The paid ad was seen almost one million times in Facebook users' feeds on Trump's page alone, according to data from Facebook.

In a statement, Tim Murtaugh, director of communications for the Trump campaign, insisted the red triangle is a "symbol used by Antifa."

Murtaugh added, "We would note that Facebook still has an inverted red triangle emoji in use, which looks exactly the same, so it's curious that they would target only this ad."

"The image is also not included in the Anti-Defamation League's database of symbols of hate," he said.

Responding to that defense, the ADL pointed out that its database is not a database of historical Nazi symbols, but of symbols commonly used by modern extremists in the US.

Facebook's removal of Trump's ads could escalate tensions between the White House and Silicon Valley.

Facebook CEO Mark Zuckerberg was criticized last month for not taking action on a Trump post that said "looting" leads to "shooting," amid racial unrest across the country. Twitter flagged the same Trump post on its platform as glorifying violence.