Facebook Oversight Board upholds Donald Trump's suspension from the platform 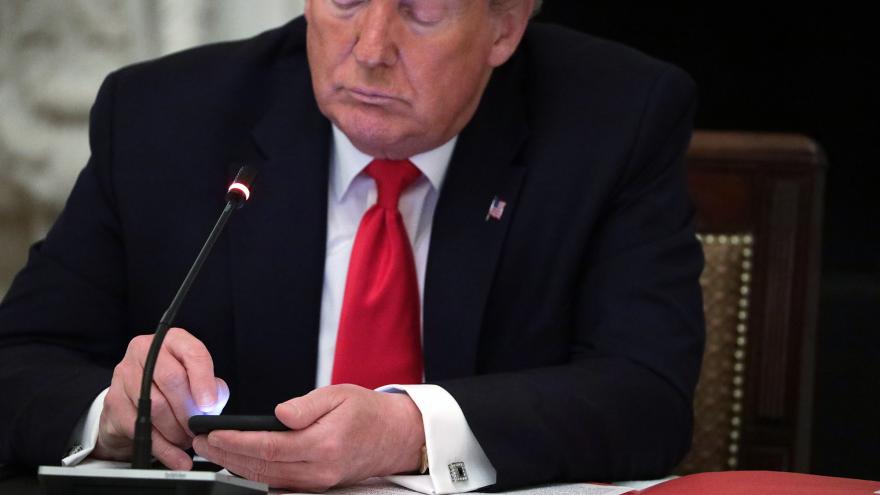 (CNN) -- Facebook can keep blocking former President Donald Trump from using its platform, the social network's court-like Oversight Board said Wednesday. The landmark move affirms the company's decision to suspend Trump in January after the US Capitol riots. However, the board said Facebook must review the decision within six months.

"Within six months of this decision, Facebook must reexamine the arbitrary penalty it imposed on January 7 and decide the appropriate penalty," the board wrote in its decision. "This penalty must be based on the gravity of the violation and the prospect of future harm. It must also be consistent with Facebook's rules for severe violations, which must, in turn, be clear, necessary and proportionate."

The board also criticized Facebook for having made the suspension indefinite. "In applying a vague, standardless penalty and then referring this case to the Board to resolve, Facebook seeks to avoid its responsibilities," the decision said.

The announcement by the Oversight Board — a quasi-judicial body created by Facebook to provide a check on its content moderation practices — is a major blowto Trump.

Trump was suspended "indefinitely" from Facebook and Instagram on Jan. 7, a day after his supporters stormed the Capitol in a bid to overturn the 2020 election results. Twitter and YouTube took similar steps, citing an ongoing risk of violence and incitement.

"We believe the risks of allowing the President to continue to use our service during this period are simply too great," Facebook CEO Mark Zuckerberg wrote at the time.

Later that month, Facebook asked the Oversight Board for a ruling on whether to let Trump's suspension stand, saying the significance of the matter warranted its independent review.

Amid rising scrutiny of tech platforms worldwide and growing threats of government regulation, the case involving Trump's account quickly became about much more than a single user's page.

The deliberations marked the Board's biggest challenge since its launch last fall. Civics experts said the case would be a major test of the Board's independence from Facebook and of its effectiveness at its intended job — acting as a kind of Supreme Court for content removals that would create binding precedents for Facebook to follow.

Though funded by Facebook, the Oversight Board is designed to operate autonomously from the company. In reviewing Facebook's content decisions, the Board draws its voting members from fields ranging from international and human rights law to journalism and digital rights advocacy. But critics of the group have alleged it is little more than a fig leaf meant to lend the appearance of legitimacy and accountability.

The decision to bar Trump from Facebook, if made permanent, could have vast implications, wrote Evelyn Douek, a researcher of online speech and platform moderation at Harvard Law School.

"There is no greater question in content moderation right now than whether Trump's deplatforming represents the start of a new era in how companies police their platforms, or whether it will be merely an aberration," Douek wrote in January. "What one platform does can ripple across the internet, as other platforms draft in the wake of first movers and fall like dominoes in banning the same accounts or content. For all these reasons, the board's decision on Trump's case could affect far more than one Facebook page."