Facebook is planning to change its name, report says 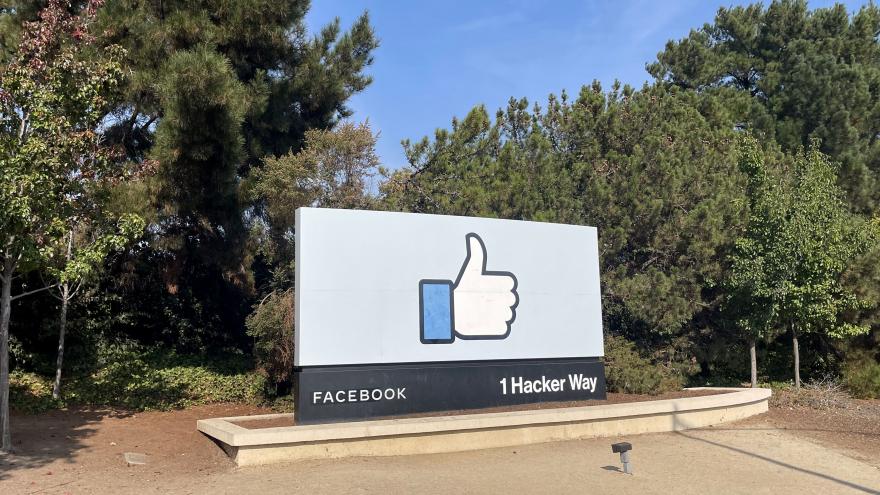 (CNN) -- Facebook is planning to rebrand itself with a new name focused on the metaverse, the Verge reported on Tuesday, as the tech giant comes under fire from regulators around the world over its business practices.

The company plans to announce the new name next week, the Verge reported, citing a source with direct knowledge of the matter. Facebook wants to be known for more than social media, according to the tech publication.

Facebook does not comment on rumor or speculation, a company spokesperson said in response to a question about the potential name change.

In addition to its flagship social media network, Facebook also owns Instagram and WhatsApp. A name change could position the three mega platforms under an umbrella brand, similar to the structure used by Google, which sits under parent company Alphabet.

The name change may reflect Facebook's direction. The metaverse refers to efforts to combine virtual and augmented reality technologies in a new online realm.

The idea is to create a space similar to the internet, where users (via digital avatars) can walk around and interact with one another in real time. In theory, users could sit around a virtual meeting table with remote colleagues, and then walk over to a virtual Starbucks to meet up with a friend.

Facebook announced earlier this week that it would hire 10,000 people in Europe to work on creating the metaverse.

A rebranding could be part of an effort to overhaul Facebook's reputation following a tsunami of bad news linked to misinformation on its platforms, content moderation failures and revelations about the negative effect its products have on some users' mental health.

Frances Haugen, a whistleblower who used to work at Facebook as a product manager, testified earlier this month that the company is aware that its platforms are used to spread hate and misinformation but has failed to take action to prevent it. Facebook's leaders have come under fire for allegedly choosing profit over health, and lawmakers have drawn comparisons to Big Tobacco.

Facebook has aggressively pushed back against the claims, calling many of them "misleading" and arguing that its apps do more good than harm.

CEO Mark Zuckerberg plans to discuss the name change at the company's annual Connect conference on October 28, according to the Verge.

Some high-profile name changes have followed scandal or controversy. Philip Morris, the maker of Marlboro, changed its name to Altria, for example, and ValuJet became AirTran after one of its planes crashed in 1996.