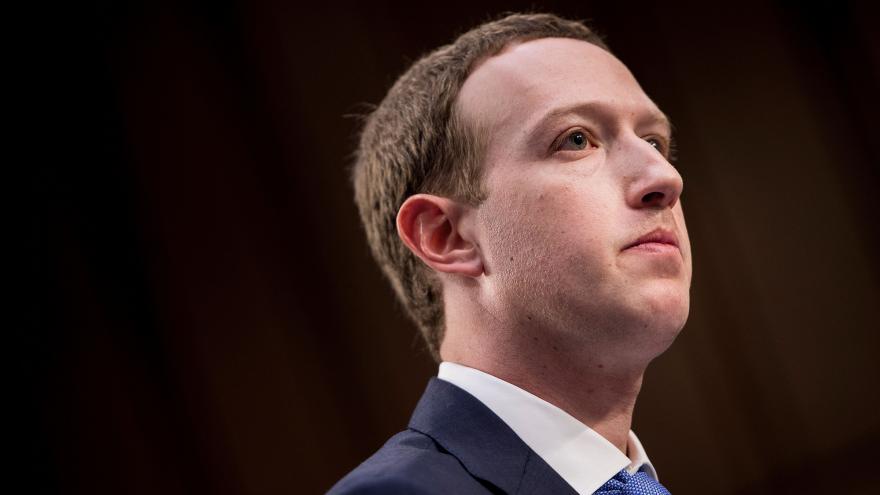 (CNN) -- Facebook is continuing to battle US regulators that are calling for the company to be broken up, this time asking a court to dismiss an amended antitrust complaint against it filed by the Federal Trade Commission.

In a filing Monday to the US District Court for the District of Columbia, Facebook said the FTC "alleged no plausible factual basis for branding Facebook an unlawful monopolist," labeling the agency's claims as "litigation-driven fiction" that does not account for the competition from "surging rivals like TikTok."

The agency filed a fresh antitrust complaint against Facebook in August after a judge tossed out its original complaint earlier in the year. The judge argued that the FTC had not provided sufficient evidence that Facebook holds a monopoly in social media to warrant allowing the case to continue.

In the revised complaint, which is about 50% longer than the original, the FTC covered many of the same arguments. The FTC continues to argue that Facebook broke the law by engaging in anticompetitive acquisitions, most notably of Instagram and WhatsApp, and denied third-party apps access to Facebook's platform in anticompetitive ways. The updated complaint attempted to address the judge's comment that FTC did not provide metrics to support its arguments by referencing how much time users spend on Facebook's platform compared to other rivals, as well as the sheer number of daily and monthly users of Facebook services.

If successful, the complaint could lead to Facebook having to spin off Instagram or WhatsApp. It also serves as a high-profile case for Lina Khan, a vocal critic of the tech industry who took over as FTC chair earlier this year.

In its motion, Facebook alleged that even after being given more time to supply facts to substantiate its case against the company, the FTC has "not come close to doing so."

Facebook's motion to dismiss the amended complaint came just before the October 4 deadline to respond. The move also comes a day after a whistleblower who worked at the company went public with documents that she says show Facebook knows its platforms are used to spread hate, violence and misinformation, and that the company has tried to hide that evidence. (Facebook has pushed back at the whistleblower's claims.)