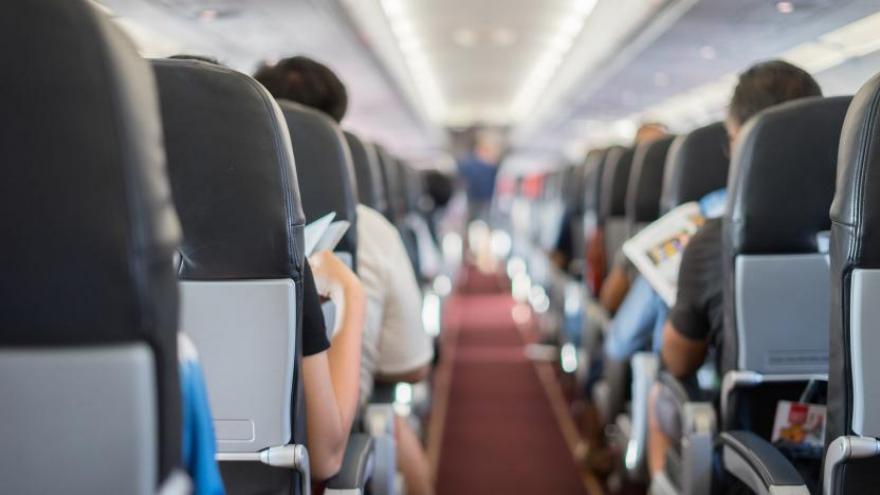 (CNN) -- Federal authorities are proposing more than a half-million dollars in new fines against commercial airline passengers they say refused to wear masks, hit flight attendants and even threw luggage across the cabin.

The Federal Aviation Administration's announcement Thursday of $531,545 in fines against 34 passengers accused of being unruly on board is the single largest announcement of federal fines since the start of a nationwide crackdown earlier this year, bringing this year's total to more than $1 million.

Of the incidents detailed by federal investigators for the first time, nearly two-thirds involve passengers accused of violating the federal transportation-wide mask mandate, which was just extended by the Transportation Security Administration to remain in place through January 18.

Federal documents show that nine of the 34 incidents involve a passenger accused of touching or hitting another person on the plane, including crew members. Eight passengers are accused of illegally drinking alcohol they brought on board the plane. Half of the incidents involve flights to or from vacation destinations in Florida.

With this announcement, the FAA has now proposed fines against nearly 80 passengers after receiving nearly 3,900 reports of incidents. The FAA said on Tuesday that based on the reports, it has opened 682 investigations into possible violations of federal laws.

House Transportation Chairman Peter DeFazio told CNN this week that he would like to see punishment that's even harsher than fines, with those accused of in-flight violence facing prison time.

"The first time we take one of these jerks who is assaulting flight attendants or attempting to take an aircraft down -- and they go away for a few years and they get a massive fine-- I think that will send a message," the Oregon Democrat said.

But the FAA points out it does not have the authority to file criminal charges. Instead, it proposes civil fines that the accused violators may pay or dispute.

The largest flight attendant union, the Association of Flight Attendants, has also called for more prosecutions.

"If you interfere with a crew member's duties and put the rest of the plane in jeopardy, or assault the crew member, you're facing $35,000 in fines for each incident and up to 20 years in prison," association President Sara Nelson told CNN. "People need to understand there are severe consequences here."

The largest fine announced Thursday -- $45,000 -- is against a passenger accused of throwing his luggage at another passenger and, while lying on the aisle floor, "grabbing a flight attendant by the ankles and putting his head up her skirt." That New York to Orlando flight was forced to land early in Virginia.

A different passenger faces a $42,000 fine for allegedly "snorting what appeared to be cocaine from a plastic bag" in an episode that included "stabbing gestures towards certain passengers." Another passenger would not wear his face mask, the FAA, said, and "acted as though his hand was a gun and made a 'pew, pew' noise as if he was shooting a fellow passenger."