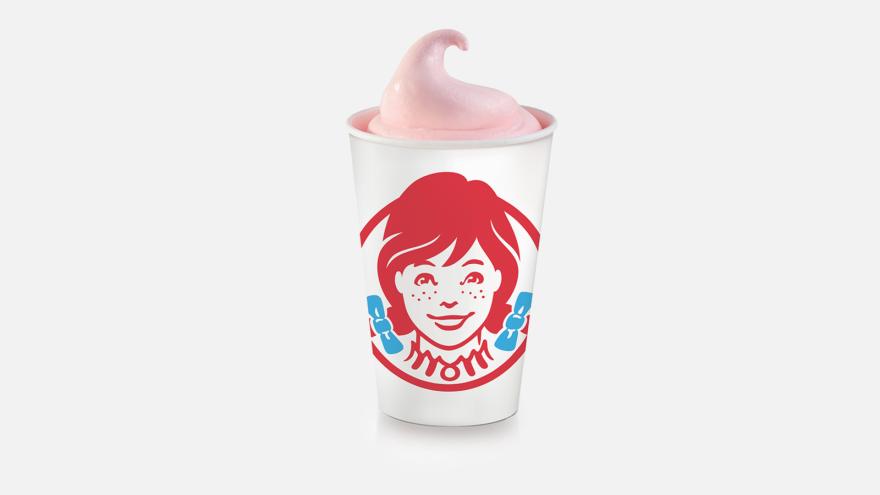 (CNN) -- Wendy's is adding a new Frosty to its lineup — its first new flavor in nearly three years.

Beginning Monday, a strawberry Frosty is on US menus for a limited time.Prices for the new Frosty vary by city, and strawberry is temporarily replacing vanilla -— though Wendy's promised that flavor will return following the promotion.

Strawberry proved popular when it was added to menus in Canada last year, becoming one of the chain's "most talked about items" online, said Wendy's chief marketing officer Carl Loredo in an exclusive interview with CNN Business.

That momentum continued in the US, when the strawberry flavor was tested in a few cities. "The net of it was that we ran out of product halfway through the program because people loved it so much," Loredo said. "It's highly anticipated — I dare say as anticipated as the launch our spicy nuggets."

It's a notable shift for Wendy's, which doesn't mix up its Frosty flavors as nearly as often as McDonald's does with its McFlurry lineup. Strawberry isonly the second new flavor added in the US in the past 16 years: Wendy's launched a birthday cake Frosty in 2019 when the chain celebrated its 50th birthday. The vanilla Frosty was added to menus in 2006.

Strawberry Frosties aren't the only limited-time item at Wendy's starting Monday. Also returning for the third summer in a row is the Summer Strawberry Chicken salad, which is a blend of freshly sliced strawberries, bacon and grilled chicken served atop a bed of crispy lettuce and spring mix.

Fast-food chains are constantly competing for customers' dollars and attention, and specialty offerings are a way to attract new customers and maintain existing ones. For example, McDonald's regularly bolsters its menu with new options, including a recently added Chocolatey Pretzel McFlurry.

During a recent analyst call, Wendy's executives said the first-quarter results did not quite meet expectations. "The first quarter, from a margin point of view, did not fully go with plan," said Wendy's CFO Gunther Plosch during a May analyst call. "We missed sales slightly," he said, adding that "commodity and labor inflation was a little bit higher than what we expected."

The burger chain is currently exploring a possible sale or merger. Trian Partners, its largest shareholder, recently announced that it is looking to "enhance shareholder value" with a potential deal.

Shares of Wendy's are down more than 20% so far this year.