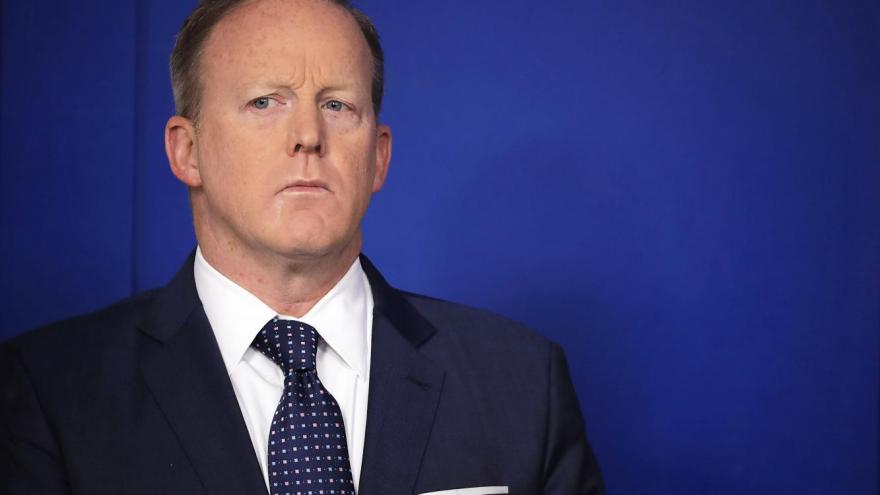 "I will do everything to facilitate this investigation, and there's nothing I have to hide," Spicer said in an interview on Fox News.

He is one of 81 individuals and entities that the committee sent letters to Monday requesting documents relating to the President's campaign, businesses, transition and administration. The requests began a broad probe into possible corruption, abuses of power, hush money payments and collusion with Russia.

Although Spicer intends to cooperate with the probe and said he respects the committee's authority, he called it a "fishing expedition" by the Democrats. He said Democrats in the House are searching for wrongdoing by the President rather than pursuing a legislative agenda.

"What the Democrats have started to realize is that, from all the tea leaves that we've seen, is that while some people did some bad things, that there were some people who clearly interfered with the last election, that there was no collusion," Spicer said. "And so they've started to move on and go on, what appears to be at least, a potential fishing expedition."

Spicer did not say whether he had received his letter from the Judiciary Committee yet, but he said he had learned he was on the committee's list through news reports.

The committee requested documents from multiple Trump allies including family members, campaign officials and longtime employees of the Trump Organization. Many of the people the committee is seeking documents from have already cooperated with special counsel Robert Mueller or other investigations related to the President.

House Judiciary Chairman Jerry Nadler told CNN on Monday that the purpose of the investigation is to follow through on oversight that he says Congress neglected in the first two years of Trump's presidency.

"We have to find out what's been going on," the New York Democrat said, "and we have to lay out a case to the American people and reveal it."

Spicer resigned from his White House post in July 2017.