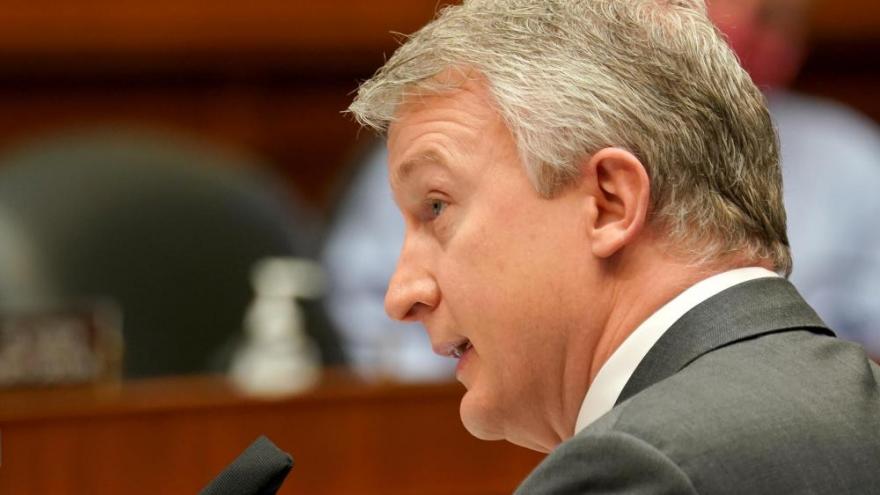 Rick Bright has now resigned from his post at the National Institutes of Health, charging that the Trump administration "ignores scientific expertise, overrules public health guidance and disrespects career scientists."

(CNN) -- The ousted director of the office involved in developing a coronavirus vaccine has now resigned from his post at the National Institutes of Health, charging that the Trump administration "ignores scientific expertise, overrules public health guidance and disrespects career scientists."

Rick Bright, who filed an extensive whistleblower complaint this spring alleging that his early warnings about the coronavirus were ignored and that his caution at hydroxychloroquine led to his removal, is exiting the federal government altogether after being "sidelined" at NIH, his attorneys said in a pointed statement released Tuesday.

"Although not allowed at NIH to utilize his expertise in vaccines or therapeutics, Dr. Bright developed a plan to implement a robust national testing infrastructure, which emphasized the critical need to provide screening tests for asymptomatic individuals and to provide services to underserved populations disproportionately impacted by COVID-19," Bright's attorneys, Debra Katz and Lisa Banks, said in a statement.

"NIH leadership declined to support Dr. Bright's recommendations because of political considerations, plain and simple. After having his work suppressed for political reasons to the detriment of public health and safety, Dr. Bright was sidelined from doing any further work to combat this deadly virus," they said.

"This was the proverbial straw that broke the camel's back. He can no longer countenance working for an administration that puts politics over science to the great detriment of the American people."

Bright's exit caps a tumultuous few months since he was ousted from his role leading the Biomedical Advanced Research and Development Authority and reassigned to a narrower role at NIH.

He said in a complaint following his removal that he had raised urgent concerns about shortages of critical supplies, including masks, to his superiors in the Trump administration but was met with skepticism and surprise.

While Bright said some officials shared his concerns -- including top White House trade adviser Peter Navarro -- he described an overall lack of action at the top of the administration even as the virus was spreading outside of China.

"I was pressured to let politics and cronyism drive decisions over the opinions of the best scientists we have in government," he said on a call with reporters at the time.

Bright's attorneys said Tuesday that his whistleblower complaint has been updated to include his allegations that he wasn't given meaningful work at the NIH and that his suggestions have been ignored because of "political considerations."

"Dr. Bright has been assigned no meaningful work since September 4, 2020, when he completed the one assignment given to him at NIH, and has been idle for weeks," Bright's attorneys wrote in an addendum to his complaint. "Having exhausted all efforts, on October 6, 2020, Dr. Bright submitted his involuntary resignation."

After Bright initially aired his complaints, administration officials leveled a range of allegations against Bright, including accusing him of poorly managing his office, mistreating staff and failing to consult his superiors on consequential decisions.

But Bright's most recent performance review from May 2019, a copy of which was obtained by CNN, delivered rave reviews for Bright's management of his office and included no criticisms.