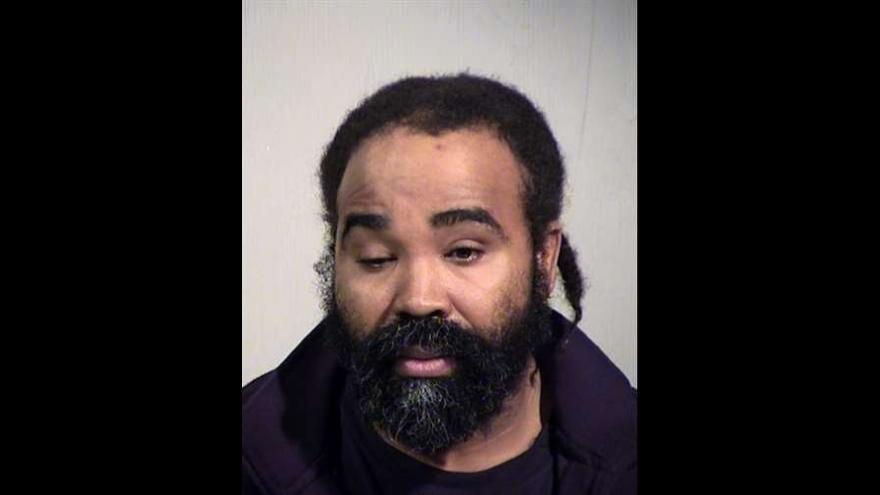 Appearing with his attorney, Nathan Sutherland, 36, wore a sheriff's-issue orange prison jumpsuit. He spoke only to deliver his name and birth date to the court.

Appearing with his attorney, Nathan Sutherland, 36, wore a sheriff's-issue orange prison jumpsuit. He spoke only to deliver his name and birth date to the court.

Sutherland, who is being held on a $500,000 bail, will make his next court appearance during a March 19 pre-trial conference, Maricopa County Superior Court spokesman Bryan Bouchard said.

The alleged victim, who CNN is not naming because police are investigating the case as a sexual assault, has been at the long-term-care facility since 1992.

Now 29, her family says she suffers significant intellectual disabilities as a result of seizures during her childhood. Though the bedridden woman is nonverbal, she has some ability to move her extremities, responds to sound and can make facial gestures, her family says.

She also has breathing and feeding tubes. Her mother was appointed her legal guardian in 2009.

The woman gave birth December 29, much to the shock of her caregivers, one of whom told a 911 dispatcher, "We had no idea she was pregnant."

A doctor who gave her a yearly checkup about 37 weeks before she gave birth wrote that there were no major changes in her health, according to medical records sent to the court. During an April 16 external exam, a doctor noted her "firm belly."

After obtaining DNA samples from male staff members last month, authorities arrested Sutherland, a licensed practical nurse who was caring for the woman. He was charged with sexual assault and vulnerable adult abuse.

Sutherland voluntarily surrendered his nursing license, which he obtained in 2011, according to paperwork filed with the Arizona Board of Nursing. He had been with Hacienda HealthCare since 2012.

Sutherland has "invoked his Fifth Amendment rights" and has not participated in an interview with police, Phoenix police Sgt. Tommy Thompson said.

Arizona Gov. Doug Ducey said in a statement last month he's "sickened" by the sexual assault and called for the company's leaders, including its board of directors, to be replaced. State agencies are reviewing courses of action to take against the facility, he said.