Ex-New York Gov. Cuomo will not be charged by Nassau County over alleged sexual misconduct incident 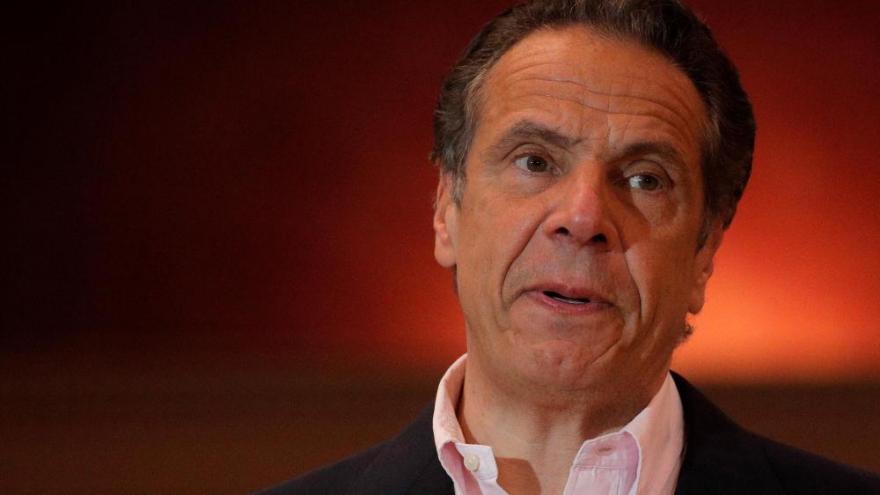 Ex-New York Gov. Cuomo will not be charged by Nassau County over an alleged sexual misconduct incident.

(CNN) -- Former New York Gov. Andrew Cuomo will not face charges for an incident involving alleged sexual misconduct that was being investigated by the Nassau County District Attorney's office, the acting district attorney confirmed to CNN.

"Our exhaustive investigation found the allegations credible, deeply troubling, but not criminal under New York law," outgoing Acting Nassau County District Attorney Joyce Smith said in a statement to CNN. "It is important to note that our investigation was limited to alleged conduct at Belmont Racetrack, and prosecutors in other jurisdictions continue to review other allegations of misconduct by Mr. Cuomo."

The incident allegedly took place in 2019 at the Belmont Racetrack in Long Island.

CNN has reached out to a spokesman for Cuomo, a Democrat, for comment.

Independent investigators hired by New York Attorney General Letitia James' office released a lengthy report on August 3 that detailed the allegations of 11 women, current and former state employees, and found that Cuomo engaged in "unwelcome and nonconsensual touching," among other allegations.

Nassau County investigators focused on one allegation detailed in the report by an unnamed female state trooper, who was part of the then-governor's protective detail and alleged that at an event in Long Island in September 2019, Cuomo "ran the palm of his left hand across her stomach" from her belly button toward her right hip where she kept her gun.

The trooper told the attorney general's investigators the conduct made her feel "completely violated," according to the August 3 report.

A senior investigator who was also part of the protective detail told investigators he had been walking behind the trooper and saw the former governor touch her stomach, according to the report.

When Cuomo announced he would be stepping down as governor in August, he addressed the trooper's allegation and apologized to her and her family.

"I don't recall doing it, but if she said I did it, I believe her," Cuomo said. "In this case, I don't remember doing it at all. I didn't do it consciously with the female trooper. I did not mean any sexual connotation. I did not mean any intimacy by it. I just wasn't thinking. It was totally thoughtless in the literal sense of the word, but it was also insensitive."

Cuomo still faces one count of misdemeanor forcible touching in Albany County, stemming from an allegation made by a former executive assistant who claimed he groped her at the Governor's Mansion in late 2020. He is expected to be arraigned in January. Cuomo has denied the allegations and his attorney accused the Albany County Sheriff Craig Apple, whose office filed the complaint, of "patently improper" motives.

Smith's office's investigation was confirmed in a letter sent to James' office in August where she promised to "thoroughly and expeditiously investigate any potential crimes" committed in the county by the governor. Smith leaves office at the end of the month.