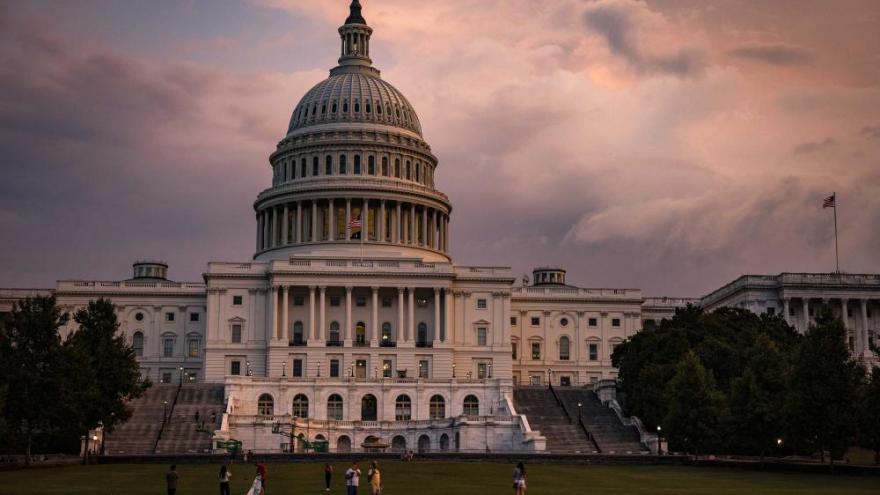 Law enforcement members in Washington are steeling themselves against possible unrest at the "Justice for J6" rally -- planned for September 18 -- which aims to support the insurrectionists charged in the riot.

The event, organized by a former Trump campaign staffer, has prompted security concerns on Capitol Hill, and some precautionary measures will be in place. However, it's unclear how many protesters plan to attend. The rally is also taking place on a Saturday, when the House will be on recess, so far fewer lawmakers or staff will be around.

A law enforcement source previously told CNN that the Metropolitan Police Department will be fully activated, which includes canceling days off for sworn officers and putting Civil Disturbance Units on standby. The source said the department will monitor open source information -- like online chatter and travel bookings -- to gauge the potential crowds.

The security preparations for September 18 underscore the tense environment on Capitol Hill following the January 6 attack. In August, a man critical of Democrats was arrested after an hours-long standoff near the Capitol during which he claimed to have an explosive device; the event ended without incident but still sent a chill through Capitol Hill and provided law enforcement with yet another example of the risks of a toxic political climate. In April, a Capitol Police officer was killed after a man rammed a vehicle into a police barricade.

The charged environment has led lawmakers to invest in body armor and security systems, while the US Capitol Police is opening field offices in cities around the country.

Still, McCabe, who served as the FBI's deputy director from 2016 to 2018 including a period as acting director, said Monday that law enforcement has "a few factors leaning in their favor" this time. "You don't have a sitting President actively fanning the flames and trying to get people to attend the rally," he said.

McCabe continued: "And on the other hand, it looks like, from all indications, our law enforcement partners are well prepared for this one. They seem to be taking the intelligence very seriously, which raises a question as to whether or not they did on January 6, but that's another issue."