Ex-deputy accused of planting drugs on Florida drivers is arrested 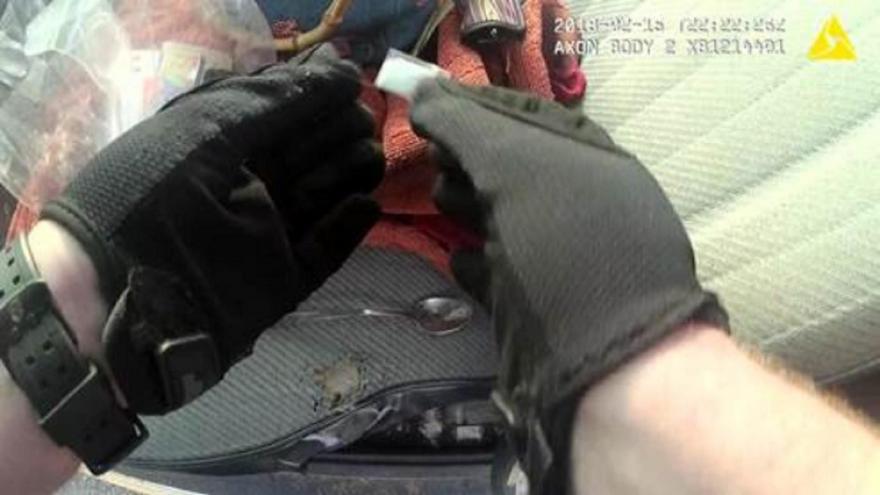 The allegations have prompted prosecutors to drop charges in scores of cases.

Zachary Wester, 26, was taken into custody at his Crawfordville home, about 20 miles south of Tallahassee, on Wednesday, according to the Florida Department of Law Enforcement. He is being held in Wakulla County Jail without bail, the FDLE said.

At least 11 people are suing Wester in federal court for alleged civil rights violations as well.

At the request of the Jackson County Sheriff's Office, Wester's former employer, the FDLE began investigating the deputy in August after bodycam video from a February 2018 arrest appeared to show Wester planting methamphetamine in Teresa Odom's pickup truck during a traffic stop, FDLE spokesman Jeremy Burns told CNN in September.

At the time, the FDLE was reviewing 254 of Wester's cases, prosecutors said.

"The investigation shows Wester routinely pulled over citizens for alleged minor traffic infractions, planted drugs inside their vehicles and arrested them on fabricated drug charges," the FDLE said in its Wednesday news release, adding that it had reviewed more than 21 hours of footage in its investigation.

State Attorney Glenn Hess' office said in September 2018 that 119 cases had been dropped and about 10 people had been released from prison. CNN could not immediately reach Hess on Wednesday, but local media reports indicate the probe has widened since then.

Wester was fired September 10. It was not immediately clear how long Wester had been with the department, but the Tallahassee Democrat reported he resigned from the Liberty County Sheriff's Office in May 2016 and later took the job in Jackson County.

'It damned sure ain't mine'

Bodycam video from Odom's February 2018 arrest in Cottondale shows Wester approach the car in a friendly manner and explain to the woman that her brake lights are malfunctioning.

He leaves with her license, and as he returns to her vehicle he jokes that his hip almost gave out. Odom tells him her mother is in the hospital and she's expecting a call from a doctor. Wester tells her that a drug dog is on its way, but Odom says she has nothing in the car and gives him consent to search it.

Wester appears to hold something in his left hand as he dons black gloves before the search. His hand moves out of the frame for a few seconds and returns empty. He finishes putting on the gloves and commences with the search.

After "finding" a bag of white powder in her truck, he places it on the driver seat but doesn't alert two other deputies on the scene. Instead, he moves it around, first placing it on a spoon and then moving it to the passenger seat. All the while, he continues the chummy banter with Odom.

After searching the passenger side of her vehicle, where he had just placed the baggie, he returns to Odom and another deputy with the spoon and powder. Odom says the spoon is for her yogurt but seems surprised by the bag of powder.

After the powder tests positive for methamphetamine, Wester tells Odom she's under arrest as she speaks on the phone with a relative.

"He says it tests positive for amphetamine, so I guess I'm going to go to jail," Odom tells the person on the phone. "It damned sure ain't mine."

Three federal lawsuits have been filed against Wester. Eleven people arrested by him claim the ex-deputy framed them, planting some combination of marijuana, methamphetamine, prescription pills or drug paraphernalia, including syringes and scales, in their vehicles after pulling them over for minor infractions. Two lawsuits were filed in December, and another was filed in May.

In the most recently filed case, Lora Penn, one of nine plaintiffs, says she was a passenger in a vehicle pulled over June 7, 2018. During the stop, she alleged, Wester placed methamphetamine and a hypodermic needle in her purse.

Penn was charged with drug and paraphernalia possession and spent 12 days in jail before "her mother posted bond exhausting her meager financial resources. Penn's mother was thereafter unable to afford medical care and died due to lack of such care," the federal lawsuit says.

The FDLE, whose investigators have already logged 1,400 hours on the criminal case against Wester, says the probe remains open and encourages anyone with information to come forward.

"There is no question that Wester's crimes were deliberate and that his actions put innocent people in jail," said Chris Williams, the FDLE's assistant special agent in charge of the Pensacola office.

Prior to his time with the Jackson County Sheriff's Office, Wester worked in Liberty County. Jack Campbell, the state attorney there, told CNN affiliate WCTV in May that investigators were in the process of "resolving" some cases involving the former lawman. He would not elaborate on how many cases, the station reported.

The station has previously reported Campbell was reviewing 26 cases.