Everything you need to know about the 2022 NBA Finals 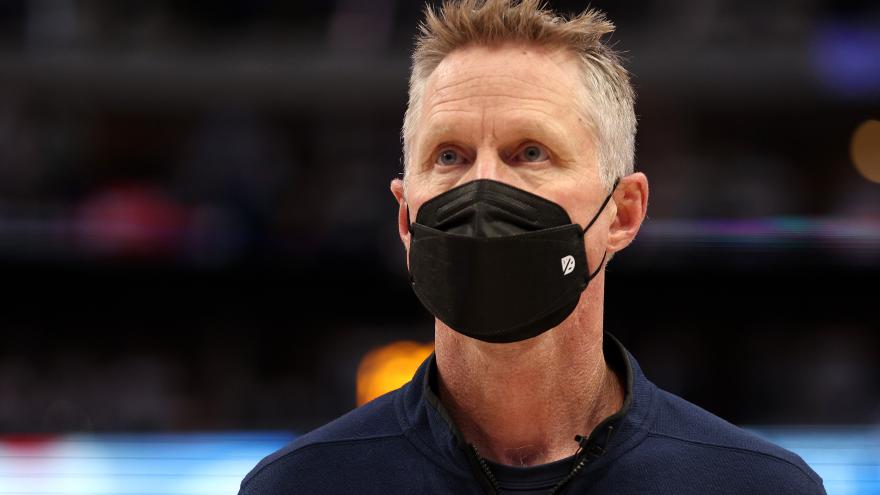 (CNN) -- The climax to a thrilling NBA season gets underway on Thursday, as the Golden State Warriors face off against the Boston Celtics for the greatest prize in basketball.

For Steve Kerr's Warriors, this is their sixth Finals appearance in eight seasons and this dynasty is looking for its fourth Larry O'Brien trophy, a feat that could cement the team amongst the greatest teams of all-time.

At the other end of the floor is a Celtics team led by first-year head coach Ime Ukoda, who has done a remarkable job turning the franchise into one of the best defensive teams in the league after a rocky start to the season.

Given the level at which Warriors franchise star Steph Curry has played for stretches of the season -- even recently winning the inaugural Magic Johnson Trophy as the Eastern Conference Finals MVP -- it would seem foolish to suggest that this could be the last chance this iteration of the Warriors has at winning a championship.

But at 34 years of age -- with key teammates Draymond Green and Klay Thompson both 32 -- and with some below-par periods this year, the window is closing quickly.

It certainly doesn't help that the window is being pushed closed ever faster by the Celtics, a young, hungry team with one of the league's outstanding individual talents.

In Jayson Tatum, the Celtics appear to have a generational superstar on their hands. The 24-year-old powered his team through to the NBA Finals with a 26-point performance against the Miami Heat in Game 7 of the Eastern Conference Finals as he secured the inaugural Larry Bird Trophy as the series MVP.

But Tatum certainly hasn't done it alone; teammates Jaylen Brown, a first-time All Star last year, and Marcus Smart, the current Defensive Player of the Year, are the perfect foils for their franchise pillar.

The Celtics have also had huge performances from their role players during these playoffs, notably from veteran center Al Horford, who had to wait an NBA record 141 career playoff games spanning 14 seasons to reach his first NBA Finals.

This match-up certainly fits the mold of the young pretender going up against the established force. The outcome could potentially be the end of one dynasty and the beginning of another.

After the Game 7 win over the Heat, Celtics head coach Udoka was quick to halt the celebrations and turn his attention to the Finals.

The Warriors and the Celtics split the season series 1-1, though Boston did hand out a heavy 110-88 beating in Golden State in their most recent game in March.

"We played Golden State pretty well this year, obviously beat them pretty bad late in the season ... so [we're] very confident going in. I know it's another tough challenge.

"But we know a high-level [Warriors] team, executing team that has a ton of great shooters, great players overall, guys I know well. We're ready for the challenge."

At various points during the season, the Warriors have been without one of their three franchise stars in Curry, Thompson and Green due to injury.

Golden State started the season in blistering form, going on an 18-2 run, but was subsequently hampered by those absences. However, it allowed guard Jordan Poole the opportunity to emerge as one of the league's most exciting young talents and secure a place as a key member of the rotation.

Kerr described the team's journey to the Finals as a "rocky path," but he believes it will stand them in good stead for the challenges that lie ahead.

"I think we had great hope to start the season and belief, which we didn't really have the previous two," Kerr told reporters, per NBC. "It felt like we had a real chance to kind of get back in the fight and I think our players felt that way, too.

"I also felt like we had refilled our cups after missing the playoffs the last two years. Everyone came into this season really hungry, and you could see the way we started ... we shot out of the gates, [there's a] great connection on this team, great camaraderie.

"In the regular season, we literally never got our main guys on the floor at the same time until Game 1 of the Denver series. So it was sort of a rocky path to get here, but I feel good about the process and our potential if we could get all of our key guys on the floor."

In the US, the Finals will be available to watch on ABC or ESPN3. Alternatively, in the US and around the world you can watch the games live on NBA League Pass.