Everything you need to know about Biden's student loan forgiveness program 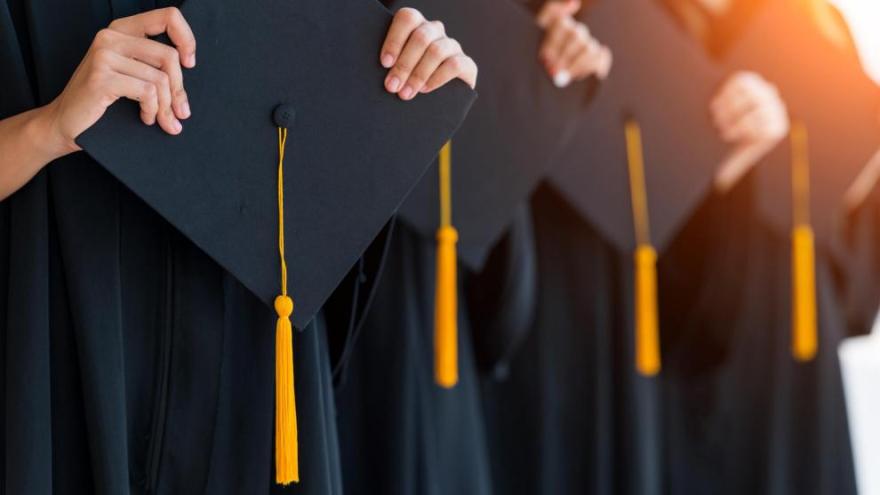 Millions of federal student loan borrowers will soon see up to $20,000 of their debt wiped away thanks to a new plan announced by President Joe Biden last week.

(CNN) -- Millions of federal student loan borrowers will soon see up to $20,000 of their debt wiped away thanks to a new plan announced by President Joe Biden in late August.

If a qualifying borrower also received a federal Pell grant while enrolled in college, the individual is eligible for up to $20,000 of debt forgiveness. Pell grants are awarded to millions of low-income students each year, based on factors including their family's size and income and the cost charged by their college. These borrowers are also more likely to struggle to repay their student debt and end up in default.

Here's what else borrowers need to know about the new student loan forgiveness plan:

What year is the income threshold based on?

Eligibility is based on a borrower's adjusted gross income for either tax year 2020 or 2021. Adjusted gross income can be lower than your total wages because it considers tax deductions and adjustments, like contributions made to a 401(k) retirement plan.

How will the government know what my income was?

The Department of Education says it already had income information for nearly 8 million borrowers, likely because of financial aid forms or previously submitted income-driven repayment plan applications. Those borrowers will automatically receive the debt relief if they meet the income requirement.

Other borrowers will need to apply for the student loan forgiveness if the Department of Education doesn't have their income information on file.

When will I be able to apply for forgiveness?

The application is expected to be available online by early October. You can sign up to be notified when it is available through the Department of Education's subscription page.

After submitting the application, you can expect the student loan relief within four to six weeks. Borrowers will be notified by their loan servicer -- the company contracted by the department to handle billing and other services -- when the relief has been applied.

Borrowers have until December 31, 2023, to submit an application.

Will I have to pay taxes on the amount of debt canceled?

Borrowers will not have to pay federal income tax on the student loan debt forgiven, thanks to a provision in the American Rescue Plan Act that Congress passed last year.

But it's possible that some borrowers may have to pay state income tax on the amount of debt forgiven. There are a handful of states that may tax discharged debt if state legislative or administrative changes are not made beforehand, according to the Tax Foundation. The tax liability could be hundreds of dollars, depending on the state.

I'm a current student. Am I eligible for forgiveness?

Yes, some current students are eligible. Eligibility for borrowers who filed the Free Application for Federal Student Aid, known as the FAFSA, as an independent will be based on the individual's own household income.

Eligibility for borrowers who are enrolled as dependent students, generally those under the age of 24, will be based on parental income for either 2020 or 2021.

I have student debt from graduate school. Am I eligible for forgiveness?

Yes, if your income meets the eligibility threshold.

I'm a parent and took out a Parent PLUS loan. Am I eligible?

Yes, if your income meets the eligibility threshold. A parent borrower with federal Parent PLUS loans for multiple children is still only eligible for up to $20,000 of loan forgiveness.

How do I know if I ever received a Pell grant?

Most borrowers can log in to Studentaid.gov to see if they received a Pell grant while enrolled in college. Information about Pell grants received is displayed on the account dashboard and on the My Aid page. This is also where borrowers can find out how much they owe and what kind of loans they have.

Borrowers who received a Pell grant before 1994 won't see their Pell grant information online, but they are still eligible for the $20,000 in student loan forgiveness.

As long as borrowers received at least one Pell grant, they are eligible.

Am I eligible for forgiveness if my loans are in default?

For borrowers who have a remaining balance on their defaulted student loans after the cancellation is applied, there will be an opportunity to get out of default once payments resume in January 2023 as part of what the Department of Education is calling its "Fresh Start" initiative.

Could Biden's forgiveness plan be struck down in court?

It's hard to say right now what the chances are that a court overturns Biden's action.

The Biden administration says that Congress gave the secretary of education "expansive authority to alleviate the hardship that federal student loan recipients may suffer as a result of national emergencies," like the Covid-19 pandemic, according to a memo from the Department of Justice.

It's unclear who would have standing to bring a case, a procedural threshold requiring that an injury had been inflicted on a plaintiff justifying the lawsuit. It's unlikely to be a borrower who didn't qualify for forgiveness, but could potentially be a student loan servicer or collection agency, legal experts have told CNN.

But some Republican interest groups and state attorneys general are working on a legal strategy to overturn Biden's forgiveness plan.

How will my payments change going forward?

Borrowers who are already enrolled in an income-driven repayment plan are not likely to see their monthly payment amounts change due to the forgiveness, because their payments are based on household income and family size.

Borrowers have not been required to make payments on their federal student loans since March 2020 because of the government's pandemic-related pause. Biden has extended the pause through the end of this year, and payments will resume in January 2023.

Along with Biden's announcement about canceling some federal student loan debt, he also said he would create a new plan that would make repayment more manageable for borrowers.

There are currently several repayment plans available for federal student loan borrowers that lower monthly payments by capping them at a portion of their income.

The new income-driven repayment plan that Biden is expected to propose would cap payments at 5% of a borrower's discretionary income, down from 10% that is offered in most current plans, as well as reduce the amount of income that is considered discretionary. It would also forgive remaining balances after 10 years of repayment, instead of 20 years.

Biden is also proposing that the new plan cover the borrower's unpaid monthly interest. This could be very helpful for people whose monthly payments are so low that they don't cover their monthly interest charge and end up seeing their balances explode, growing larger than what was originally borrowed.

But we don't know when these changes will take effect. The Department of Education has not provided any sense of timing, but has said it will propose a new rule to create the repayment plan. The department's formal rule-making process usually includes soliciting public comments and can take months, if not more than a year.

Can I get a refund for what I paid during the pandemic pause?

Yes. Borrowers have not been required to make payments on their federal student loans since March 13, 2020, because of the pandemic-related pause. But if borrowers did make payments, they are allowed to contact their loan servicer to request a refund.