Every mayor of this small community since its founding has been a dog. The latest is a French bulldog 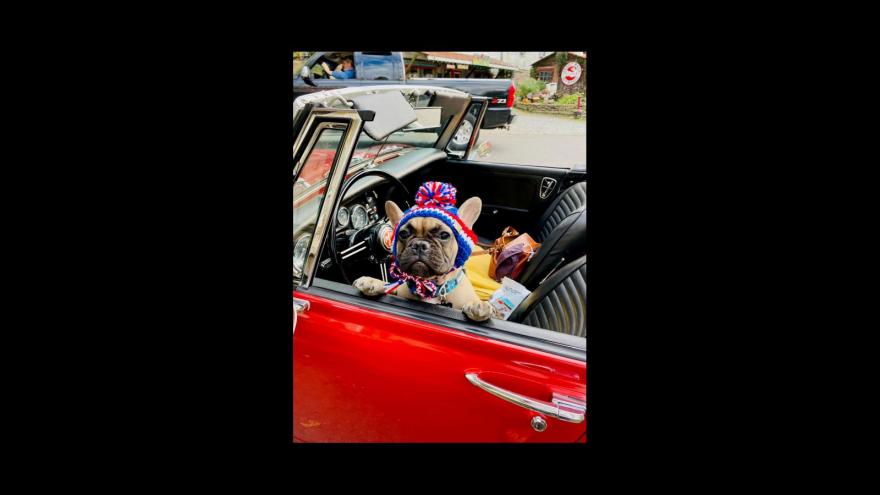 A 6-month-old French bulldog is the new mayor of Rabbit Hash, Kentucky.

(CNN) -- It was a tight race. But the people of Rabbit Hash, Kentucky, have spoken -- the next mayor will be a 6-month-old French bulldog named Wilbur Beast.

"The results are in from the most important election that happened this year!!" Lady Stone wrote on social media before thanking every other candidate for their help preserving "this historic town for years to come."

Wilbur will take the leash from incumbent Brynneth Pawltro, a pit bull who won the 2016 race. Pawltro has not released a statement about the defeat.

The new mayor's owner is 43-year-old Amy Noland. She attributes his win to his fierce outreach strategy this election cycle.

"He's done a lot of campaigning," Noland told CNN. "He's been all over social media, and he hosted a lot of events."

Why is this town electing dogs as its mayor?

Rabbit Hash, located in Boone County, has been electing dogs as mayor since 1988, when canine Goofy Borneman won a four-year term (he tragically died before his term ended).

The mayoral election is a fundraiser for Rabbit Hash, a 3.5-acre town maintained by the Rabbit Hash Historical Society. Votes aren't limited to residents of the town -- anyone around the world can "vote" for mayor, with each ballot costing $1 that goes towards maintaining Rabbit Hash.

Noland, a Boone County resident, said that entering a dog into the race has been "on her bucket list" for a while.

"I live just a few miles outside of Rabbit Hash," Noland told CNN. "It's a special town, and I've been going since I was a child."

In order to run in the Rabbit Hash mayoral race, a candidate's owner must be within an hour walking distance of the town, Noland said.

Wilbur's victory has given him and Noland plenty of attention from all over the world. But Noland thinks Mayor Wilbur's appeal is that his is a "feel good" story in the current news cycle.

"I've gotten so many messages with people thanking me, and you can tell that this is something that's really positive for people to hear," Noland said. "It all just feels good."