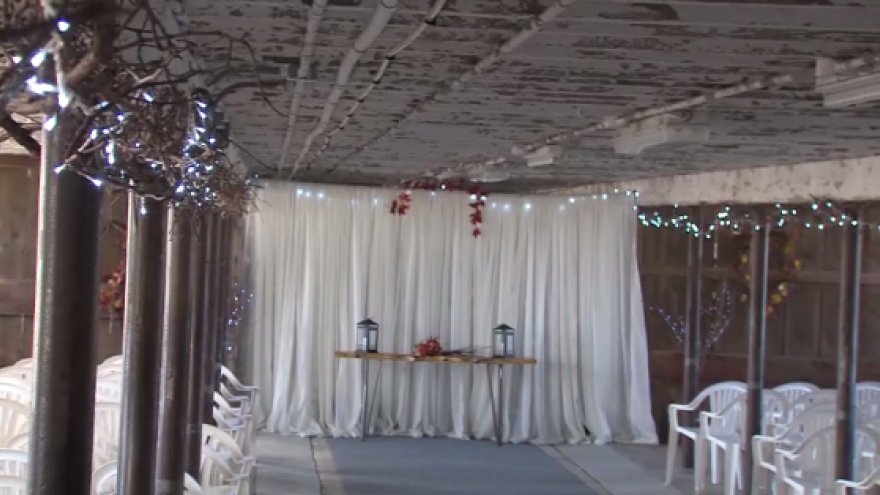 Two Wisconsin farmers who rent out their barns for weddings filed a lawsuit in Dunn County in January seeking to ensure wedding barns don't need to obtain liquor licenses, which can cost $10,000. They're seeking a ruling that events on private property don't require licenses.

Evers spokeswoman Melissa Baldauff said in emails Friday that the state Department of Revenue hasn't required wedding barns to get liquor licenses in the past and Evers doesn't want to change that stance. She didn't immediately respond to a follow-up email inquiring about the basis for Evers' position.

The conservative law firm Wisconsin Institute for Law and Liberty, or WILL, is representing the farmer in the lawsuit. The firm issued a statement Friday calling Evers' declaring that it's "heartened" that Evers won't require wedding barns to get licenses. The statement stopped short of saying the farmers would drop the lawsuit, though.

"We trust that this matter will promptly be resolves in a manner that provides wedding barn owners and couples with the certainty that they can continue with their business and plans for special events," the statement said.

Asked directly whether the farmers will drop the lawsuit, WILL spokesman Brian Reisinger provided a statement from WILL President Rick Esenberg, who said the firm will consult with the farmers on the next step and reach out to state attorneys to see "whether the matter can be put to rest."

Republicans who control the state Legislature proposes a bill last session that would have required private property owners who rent out their space for an event to have a liquor license. The measure won support from the powerful Tavern League of Wisconsin. The league has argued that wedding barns should compete under the same rules as bars and taverns.

The bill died in the state Senate after WILL complained the proposal could end tailgating. State Rep. Rob Swearingen, a past tavern league president and chairman of a special joint legislative committee studying alcohol enforcement, asked Schimel for his interpretation of statutes governing liquor licenses in public and private places.

Both Swearingen and Schimel are Republicans. Schimel issued his opinion on Nov. 16, just 10 days after he lost re-election.