Evers wants to do stuff as governor, but it will be tough 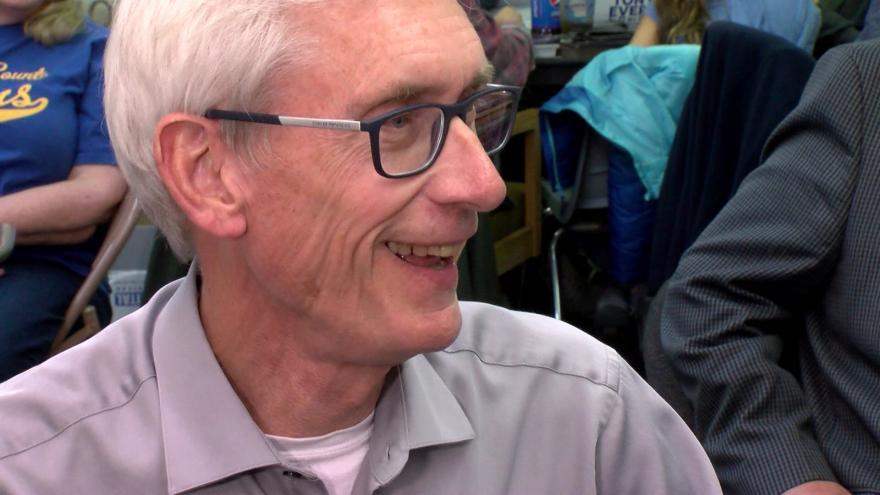 MADISON, Wis. (AP) — Tony Evers made a lot of promises during his successful campaign against Republican Gov. Scott Walker — some specific, many more vague.

Now he has to figure out how to deliver — in the face of a Republican Legislature already scheming to limit his power before he even takes office.

Here's a look at promises Evers made, the challenges in getting them done, and other factors that will be at play when he takes over as Wisconsin's 46th governor on Jan. 7.

Evers, the state schools superintendent since 2009, made increasing school aid a cornerstone of his campaign. He wants to increase spending by $1.4 billion, an idea that Republican legislative leaders call unrealistic. "I would never commit to that number," Senate Majority Leader Scott Fitzgerald said Thursday. Instead, Fitzgerald said the Legislature would likely ignore Evers' education funding proposal and start from scratch. Given that both Republicans and Democrats campaigned on increasing education funding, it will go up, said Rep. Gordon Hintz, the Democratic minority leader in the state Assembly. The question is by how much, he said.

Evers, who as state superintendent is a member of the University of Wisconsin Board of Regents, supported continuing the tuition freeze for in-state students another two years. He was more vague about funding levels for UW and technical colleges and never released a plan.

Evers never released a road funding plan. Instead, he said he wanted to talk with all the interested parties to come up with a proposal that could include increasing the state's 32.9-cents-per-gallon gas tax. Assembly Republicans last year were open to raising the gas tax, but the idea went nowhere in the face of opposition from Walker and Senate Republicans.

Evers promised on his first day in office to pull Wisconsin out of a multistate federal lawsuit seeking repeal of the Affordable Care Act. That's one promise he'll be able to easily fulfill. Evers also said he wanted Wisconsin to accept money from the federal government to expand Medicaid. That would bring about $190 million more a year to the state and extend coverage to about 80,000 low-income people. Republicans in the Legislature and Walker enacted a law that requires legislative approval to take the money, making it unlikely Evers will be able to get it given long-held GOP opposition.

Evers promised to all but eliminate a manufacturing and agriculture tax credit program that Walker and Republicans enacted; he would cap it at $300,000 of annual income. That would save $300 million, money that Evers wants to use to pay for cutting income taxes for people who earn less than $100,000 a year. While Republicans are typically supportive of cutting income taxes, they oppose ending the tax credit program. That would force Evers to find another way to pay for the tax cut.

Evers wants to eliminate the Wisconsin Economic Development Corp., the quasi-private jobs agency Walker created in 2011 that also took the lead in negotiating the Foxconn Technology Group deal. That deal commits up to $3 billion in state subsidies to Foxconn if it meets investment and job-creation targets. It could earn another $1 billion in local incentives. Evers will have a nearly impossible task in doing away with WEDC, since that would require a law change. Republicans are already looking at ways to protect the structure of WEDC by passing laws in a December lame duck session before Evers takes over. Evers would have more power to affect the Foxconn deal that don't require legislative signoff, such as having the Department of Natural Resources reconsider air and water permits.

Evers campaigned on cutting the state's prison population in half, but he had no specific plan or timeline for doing it. He talked about reducing penalties for nonviolent offenders and other similar moves that would require legislation unlikely to be approved by a Republican-controlled Legislature.

Evers will almost certainly get nothing he wants related to gun control. He said he was open to toughening training requirements to get a concealed weapon permit. He supports universal background checks for gun purchases and wants to ban rapid-fire "bump stock" devices.

Evers said he wanted to return collective bargaining rights for teachers and other public workers that were lost under Act 10, Walker's most significant legislative achievement. But both Vos and Fitzgerald say that's not going to happen. "If he wants to argue about Act 10 and all of the things that make people who eat granola and live in downtown Madison happy, that is his right but that is not where common ground is going to be found," Vos said.

When asked where he thought Republicans and Evers could work together, Fitzgerald said he expected agreement on fighting opioid abuse and other law enforcement issues he didn't specify. Hintz said divided government will lead to compromise: "Rarely does everybody get everything they want." Assembly Speaker Robin Vos said, "I would be open to looking for common ground wherever he wants to find it, but we're not going to compromise any of the principles we have."