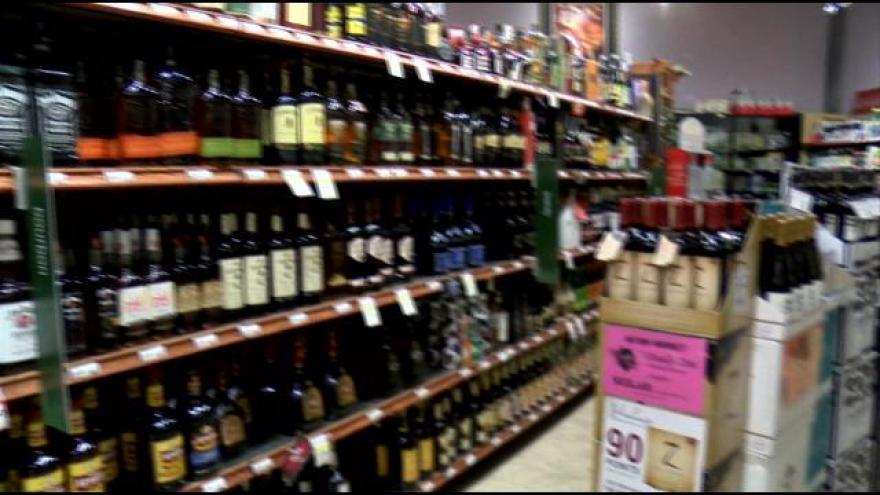 MADISON, Wis. (AP) — Liquor store giant Total Wine & More got a total win in Wisconsin on Monday, with the signing of a bill that will allow some liquor stores to sell unlimited quantities of whiskey, gin, brandy and other distilled spirits during a single transaction.

Democratic Gov. Tony Evers signed the Republican-sponsored bill into law following years of lobbying by Maryland-based Total Wine to make the change. Under the new law, a prohibition on Class B liquor license holders such as Total Wine from selling more than four liters of hard alcohol at a time will be lifted. There had been no such limits on beer or wine sales and supporters argued the change was about equity and convenience for the shopper.

"It is a common sense reform that will provide business owners more opportunity to enhance customer experience," Republican state Sen. Dale Kooyenga, whose district includes a Total Wine store in Brookfield, said in written testimony supporting the measure he introduced earlier this year.

From 2016 through 2018, Total Wine spent more than $270,000 lobbying the Legislature, primarily to make the change Evers signed into law on Monday. Totals spent on lobbying so far this year were not yet available.

Over the same period, Total Wine co-owners Robert and David Trone gave $50,500 to members of the Legislature or partisan campaign efforts, with $43,000 going to Republicans and the rest to Democrats.

Evers did not get any donations, according to the Wisconsin Democracy Campaign database that tracks political contributions. But Assembly Speaker Robin Vos got $1,000 and Senate Majority Leader Scott Fitzgerald received $2,000. The committees they oversee to get Republicans elected to the Legislature received $24,500 since 2016. Kooyenga got $500.

Most retail stores have a Class A license, which does not allow for on-site consumption of alcohol except for very small samples. They have no limits on how much hard alcohol can be sold at a time.

That wasn't the case for Class B license holders, which are usually bars and restaurants. But some liquor stores, including Total Wine, that offer classes or other events where larger amounts of alcohol are consumed on premises, hold a Class B license.

More retail stores like HyVee and Metro Market are obtaining Class B licenses so they can offer in-store classroom experiences and larger tastings, said state Rep. Tyler Vorpagel, a Republican from Plymouth, in support of the bill he co-sponsored.

Total Wine's lobbyist Amy Boyer told the Legislature in written testimony that its younger customers, particularly those in Generation X and millennials, are seeking "experiential retailing" and want to learn more about alcohol through expanded taste testings and classes.

Not being able to buy more than four liters of hard liquor was an inconvenience, she said.

Total Wine began in 1991 in Delaware and currently has 197 stores in 23 states, according to its website. A typical store offers about 8,000 wines, 2,500 kinds of beer and 3,000 distilled spirits. In Wisconsin it has stores in Brookfield, Madison and Greenfield.

Total Wine did not immediately respond to a request for comment in reaction to the bill being signed into law.