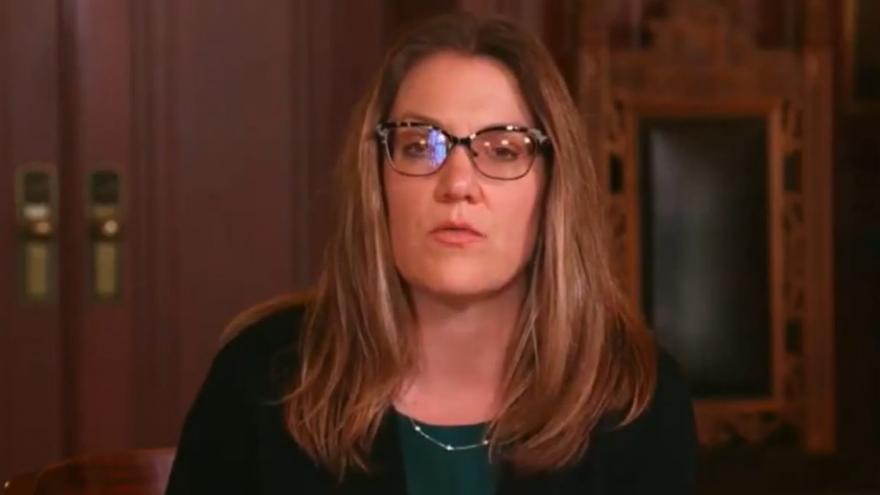 MADISON, Wis. (AP/CBS 58) — Democratic Gov. Tony Evers is chiding a Republican lawmaker who called for the resignation of the state's health secretary, saying it was an "insane statement."

Sen. Tom Tiffany (R–Minocqua) was elected to Congress in a special election on Tuesday.

Tiffany released the following statement on Thursday calling for Department of Health Services Secretary-designee Andrea Palm to withdraw her name from consideration because of how she handled response to the coronavirus pandemic:

"Secretary-designee Andrea Palm must immediately resign from her appointment as Wisconsin Department of Health Services Secretary.

"Wisconsin's economy and health care system are collapsing. Small businesses are closing their doors for good. Tens of thousands of people are struggling to apply for unemployment in an attempt to survive the storm she caused.

"New data shows us how we can make a targeted response to the Wuhan virus, but Ms. Palm will hear none of it. A native New Yorker, ally of Hillary Clinton's, and Washington, D.C. insider, Ms. Palm understands very little of our Midwestern values or how her decisions have devastated our way of life.

"Ms. Palm came here as Governor Evers' hired gun, and she will leave with Wisconsin's corpse if she continues."

The state Supreme Court on Wednesday ruled 4-3 that Palm exceeded her authority with a stay-at-home order.

Evers called Tiffany's statement "insane" and said "I know you are better than this."