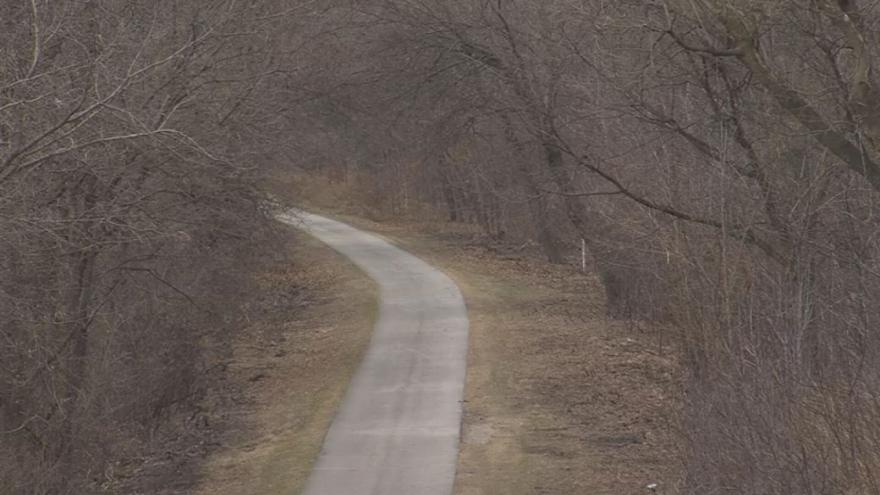 The current state budget prohibits government entities from using eminent domain for trails and pedestrian ways. Cycling enthusiasts and municipal leaders say the prohibition is slowing progress on projects around Wisconsin. Evers' 2019-21 budget would lift the prohibition. His spokeswoman, Melissa Baldauff, said wiping it out would restore local control.

"This is about being responsive to local communities and expanding multi-modal transportation options," Baldauff said.

Eminent domain refers to the government's power to seize private property and turn it to public use. The government must compensate the land owner for the taking.

Republicans on the Legislature's Joint Finance Committee added language to the 2017-19 state budget prohibiting government entities from using eminent domain for bike trails, recreational trails and pedestrian ways. They made the move at the request of Republican Rep. Rob Stafsholt of New Richmond. He doesn't sit on the finance committee but persuaded members his constituents were concerned about government seizing their land. He cited in an interview last week the example of St. Croix County officials considering eminent domain to seize land for a recreational trail from about a dozen homeowners in the town of Richmond.

"Somebody else's recreational opportunity should not be forced on my property," Stafsholt said.

Republicans still control the Legislature and likely won't undo a prohibition they just approved two years ago, although two Republicans are working on a bill that would restore eminent domain for sidewalk right of ways and linking bike path sections.

"We can understand if they need a few feet for a sidewalk," said that bill's sponsor, Republican Senate President Roger Roth. "The issue is when they put roads right though a person's property."

Still, cycling enthusiasts and municipal leaders say a full repeal would give them back a key tool for completing trail projects, improving communities' appeal and saving money.

Since the budget passed in September 2017, the Wisconsin Active Communities Association, which promotes places for biking and walking, has tracked at least 17 cases where the lack of eminent domain powers has prevented projects from starting, stalled progress or created questions about whether they'll be completed.

The Great Headwaters Trails Foundation, an Eagle River nonprofit that works to develop bike and walking trails, is trying to build 10 miles of trail to connect Eagle River with the 52-mile Heart of Vilas Bike Trail System. The group's president, Jeff Currie, said the biggest challenge will be acquiring property from about 20 land owners in and around Eagle River.

"With 20 property owners, we're going to run into a few situations," he said. "I would really like to have the clarity of the eminent domain process and the ability of a city like Eagle River to have a way to approach this."

St. Croix County Highway Commissioner Rob Krejci said the prohibition halted work on the town of Richmond trail and has forced the county to spend up to $40,000 on redesigns. He said municipalities typically use eminent domain to acquire only a few thousand square feet.

"To lose eminent domain is a huge issue," he said. "We expend a lot of funds through design, through scoping. How do I, protecting a taxpayer investment, say I don't know if I can deliver that project?"

Lucas Vebber, an attorney with conservative law firm Wisconsin Institute for Law and Liberty, said it's ridiculous that legislators would consider strengthening the government's ability to claim land against the owners' wishes.

And the repeal is clearly on the minds of Joint Finance Committee Republicans as they prepare to revise Evers' budget.

"I can see how alluring (eminent domain) can be," Sen. Devin LeMahieu, a Republican committee member, told Department of Natural Resources Secretary Preston Cole during a hearing last week. "But I can see how dangerous it could be."