Even dollar stores are starting to feel the pinch from inflation 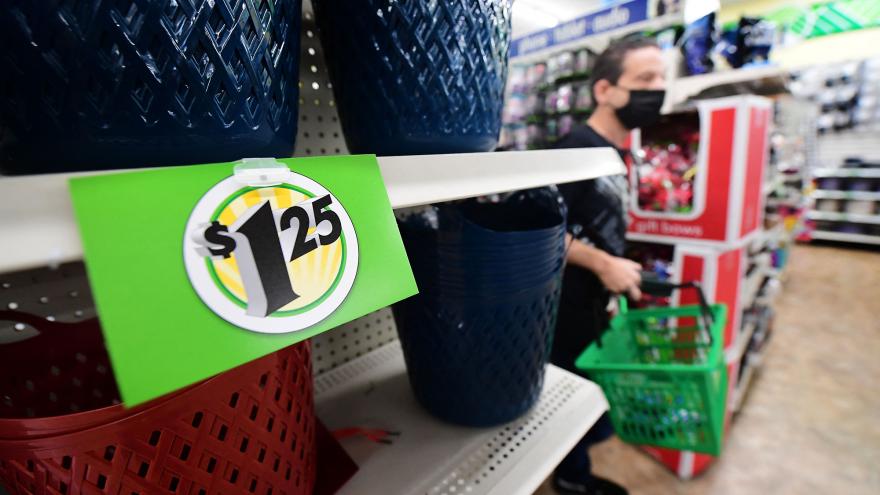 (CNN) -- Dollar stores, as their name suggests, offer inexpensive products for bargain-hungry shoppers. But even Dollar General and Dollar Tree, which have thrived this year as rampant inflation has helped boost sales, are starting to feel the pinch of a slowing economy.

Dollar General and Dollar Tree both reported solid increases in sales for the second quarter Thursday. But both companies raised concerns about the impact that inflation may have on future results.

Dollar Tree CEO Mike Witynski said in the company's earnings release that shoppers are being "pressured by higher costs for food, fuel, rent and more." Meanwhile, Dollar General CEO Todd Vasos described the quarter as a "period of inflation and economic uncertainty."

Dollar Tree is also dealing with some customer backlash following last year's controversial decision to raise prices, a move that spurred some consumers to derisively refer to the chain as "$1.25 Tree."

But there are cracks beneath the surface at Dollar General, too. The company said in its earnings report that apparel sales plunged more than 20% from the same period last year. Sales of seasonal and home products also were down slightly.

Although those categories make up only about 20% of Dollar General's overall revenue, they have bigger profit margins than the core "consumables" business of food, beverages and drugstore items that account for the remainder of Dollar General's sales.

Witynski acknowledged this trend as well during a conference call with analysts Thursday, saying that more of the company's customers are "gravitating to needs-based consumables, which is impacting our margin."

"Consumers continue to be burdened by levels of inflation not experienced in decades," Witynski said, also noting that "our suppliers are being hit by inflation as well."

Getting products from warehouses to stores remains a problem. Vasos said during Dollar General's analyst call that there are "ongoing supply chain pressures." He added that the company is hoping to alleviate this problem by building three new distribution centers in the US.

Wampler will stay on as an advisor through April. Dollar Tree had previously announced in June that he would be stepping down as CFO after activist investor Mantle Ridge pressed Dollar Tree for board and management changes.

Despite continued sales momentum at dollar stores, there are growing concerns about the health of the US consumer. Although Walmart recently posted better than expected results, the retail giant had warned in late July that it was cutting its outlook for the second quarter and rest of the year.