Evacuations ordered in Idaho due to the Four Corners Fire 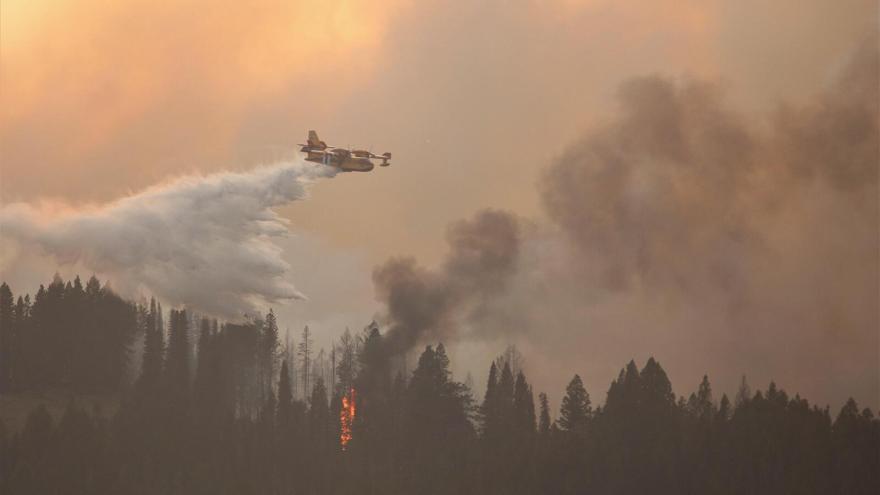 (CNN) -- Increased fire activity has caused evacuation orders to be implemented in parts of Idaho impacted by the Four Corners Fire, which was reported on August 13th.

The fire, which was caused by lightning, is about 18% contained and has burned more than 10,100 acres, according to InciWeb, a clearinghouse for US fire information. The fire is impacting both Payette National Forest and Boise National Forest.

The Valley County Sheriff's Office is asking residents to evacuate the area and has closed some roadways due to the fire.

"If you have property in this area you will not be able to access it until the area is safe for you to do so, this will be a hard closure," the sheriff's office said.

"Cold fronts are weather phenomena that are of concern to firefighters," the release said. "Even though they bring cooler temperatures, no rain is expected, and changing wind direction challenges firefighting efforts."

The Boise area has experienced a warm summer, with a record 22 days of 100-plus degree temperatures this year, eclipsing the old record of 20 days, according to the National Weather Service Boise.

The NWS Boise also said that the area is on pace to see its warmest August since record keeping began in 1875.

"It's likely Boise will finish the month with an average temperature over 80 degrees which has never been recorded in August before," NWS Boise said.

Correction: An earlier version of this report misstated when weather records were first kept. It is 1875.