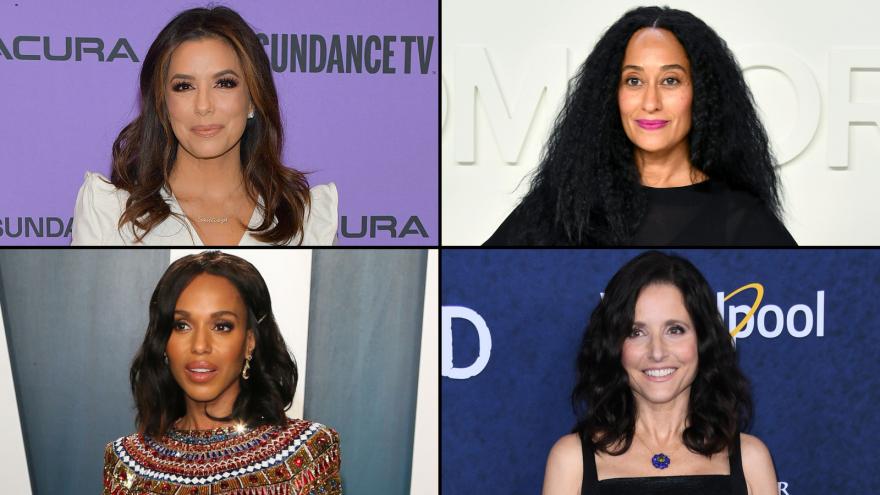 The celebrities will weave together the two hours of live and pre-recorded material each night during the almost entirely virtual program.

"This week, Americans will hear from people from all walks of life who are coming together to support Joe Biden's vision for a more just, more democratic nation," ? convention program executive Stephanie Cutter said in a statement. ?"The voices we're including are the perfect messengers to lift up our theme of unity and help us engage with more Americans than ever before."

Ross will participate in Tuesday night's programming dedicated to the theme, "Leadership Matters." Stacey Abrams and 16 other rising stars of the Democratic Party will deliver a joint keynote address that evening, offering a "diversity of different ideas" and "perspectives on how to move America forward."

Louis-Dreyfus, who played Vice President Selina Meyer on the HBO series 'Veep,' will appear on Thursday, the night Biden is set to accept the Democratic presidential nomination. The 'Veep' star has spoken at virtual events and fundraisers for the former vice president on the campaign trail, especially making a case for his empathy and stance on healthcare.

Dreyfus shared in June that Biden, whose son Beau died of brain cancer, was one of the first people to reach out to her after she was diagnosed with breast cancer. She noted that his "genuine kindness and concern" made her cry.

"Joe Biden actually understands that care is part of health care," she said during the Women for Biden event.

The convention will feature hundreds of live feeds from across the country and four stage set ups located in New York City, Los Angeles, Milwaukee and Wilmington, Delaware, with the celebrity emcees primarily broadcasting out of the LA studio, according to a source who has seen recent convention plans.

A number of participants have been mailed broadcasting kits they can set up in their homes to be used for the roll call and reaction shots, which producers will monitor from a production truck set up in Wilmington to create a virtual live audience feeling.

In addition to the celebrity voices, programming will also feature Americans from across the country throughout the week in different ways: through speeches, crowdsourced videos, and in some conversations with Biden himself.

Among the videos the presumptive Democratic nominee will appear in throughout the week is a clip set to air Monday featuring a conversation with racial justice leaders, according to a Democratic official involved in planning.

Democratic planners also intend to have personal stories be at the center of the event. When the party announced the convention would be held virtually, they asked supporters to send in videos that explained why they were supporting Biden. The party received roughly 1,000 videos, some of which will be featured as part of the program.