Europe will require carmakers to install speed limiters from 2022 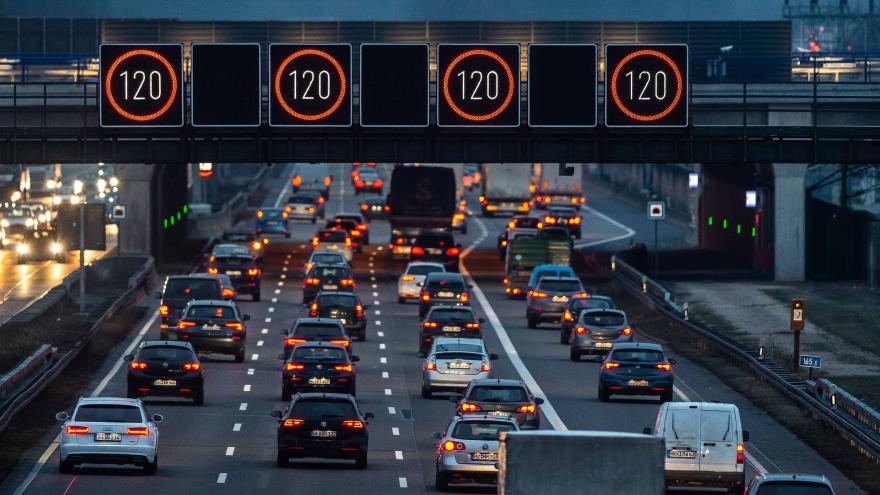 (CNN) -- New cars sold in Europe from 2022 will have to be fitted with systems to limit their speed.

Under new safety rules agreed by the European Union, all new vehicles are required to have "intelligent speed assistance" systems as standard equipment.

The EU rules don't mandate specific technology for the systems, which can be temporarily overridden by the driver. Some carmakers have already developed ways of using GPS or cameras to detect posted speed limits and make sure vehicles adhere to them.

European Commissioner Elżbieta Bieńkowska said in a statement that 25,000 people are killed each year on European roads, with the vast majority of accidents being caused by human error.

"With the new advanced safety features that will become mandatory, we can have the same kind of impact as when the safety belts were first introduced," she said.

The rules, which also mandate crash data recorders and reversing cameras, were hailed by safety advocates. But others raised concerns over the risk of drivers becoming complacent and less focused on the road conditions.

The European Automotive Manufacturers Association also has concerns about the technology. It warned last year of "many infrastructure-related issues holding back its widespread application."

It said that road signs are not standardized across Europe, making speed limits difficult to detect. Digital maps lack speed limit information for many roads, and the data is not always current.

"That is why intelligent speed assistance systems should be introduced gradually in cars to provide enough time to update our infrastructure," it said in December.

Intelligent speed assistance systems don't automatically apply the brakes when a car is going too fast. Instead, they limit engine power to keep vehicles to the speed limit unless overridden by the driver.

Some European automakers see an advantage in limiting speeds.

Volvo, which is owned by China's Geely, said earlier this month that it would its stop cars from going faster than 180 kilometers per hour (112 miles per hour).

It said it is also considering other technology that could put stricter speed limits on cars driving near schools and hospitals.

"We want to start a conversation about whether car makers have the right or maybe even an obligation to install technology in cars that changes their driver's behavior," Volvo CEO Håkan Samuelsson said at the time.

The EU rules must now be formally approved by member states and the European Parliament.