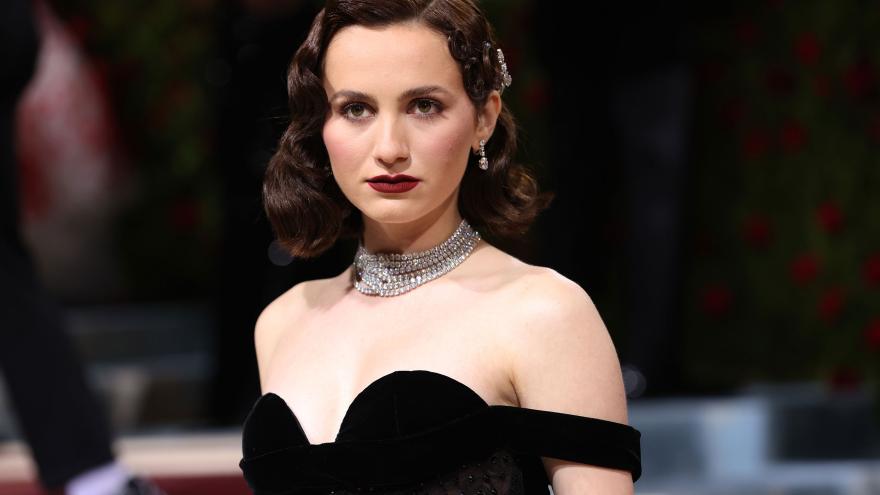 (CNN) -- "Euphoria" star Maude Apatow has shared her thoughts on suggestions her career success is a product of industry nepotism, being dubbed a "nepotism baby."

She's been cast in numerous other projects in recent years, after appearing alongside her mom in her father's films, "Knocked Up" and "This is 40."

"I try not to let it get to me because I obviously understand that I'm in such a lucky position," Apatow told Net-A-Porter. "A lot of people [in a similar position] have proven themselves over the years, so I've got to keep going and make good work."

She continued: "It's so early in my career, I don't have much to show yet, but hopefully one day I'll be really proud of the stuff I've done by myself."

"Dad always reads what I write, but I have to be at a certain point. I'll wait until I'm almost done and then get notes from him. I get annoyed because he'll come up with a better idea, but he's super helpful. So is my mom," she said.

The third season of "Euphoria" is currently in the works.

Apatow's Lexi and her relationship with Fezco [Angus Cloud] became a main storyline last season, which ended in a cliffhanger finale.

"I'm so scared for them!" Apatow told the publication. "I know nothing yet, but I can't wait to see how it all goes down."