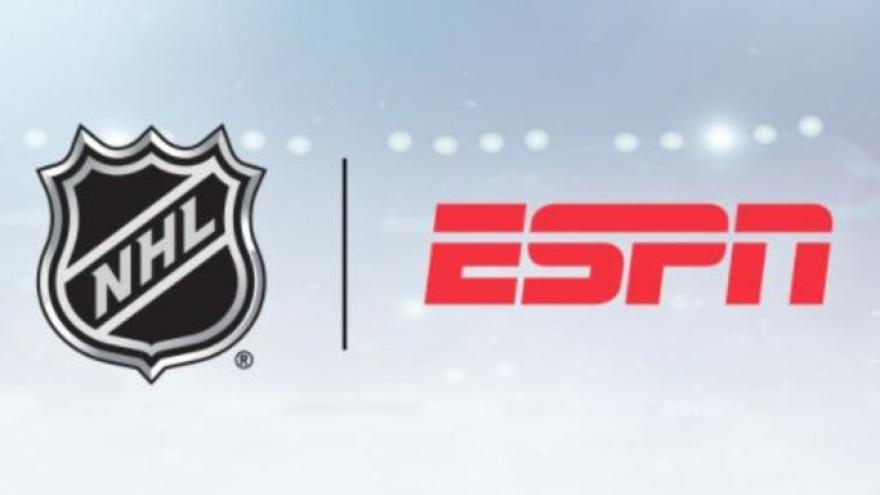 The National Hockey League and ESPN are together again. The two sides announced a seven-year agreement beginning next season that includes four Stanley Cup Finals, the NHL All-Star game and comprehensive streaming rights.

ESPN has a long history with the league but hasn't aired games since 2004.

Under the new agreement, the Stanley Cup Final will air on ABC in four of the seven years, beginning next season.

It also includes 25 regular-season games with the likely breakdown being 15 on ESPN and 10 on ABC. ESPN and ABC will also have first choice of which conference final series to air.