Esper says US troop levels in Afghanistan to go below 5,000 by end of November 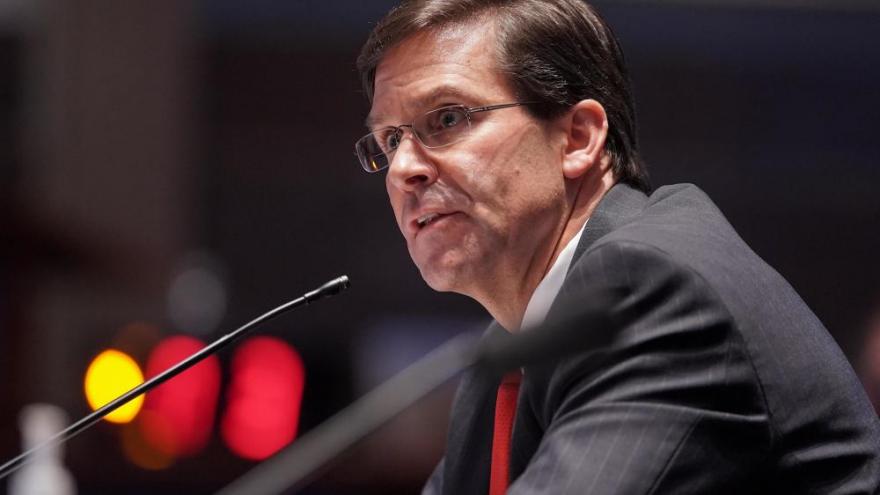 Defense Secretary Mark Esper said Saturday that the United States will go down to below 5,000 troops in Afghanistan by the end of November.

(CNN) -- Defense Secretary Mark Esper said Saturday that the United States will go down to below 5,000 troops in Afghanistan by the end of November.

"We are going down to a number less than 5,000 before the end of November," Esper said in an interview with Fox News.

Esper said the Pentagon would still need to brief members of Congress on the plan, and would also need to insure the "United States is not threatened by terrorists coming out of Afghanistan."

In an interview with Axios last week, President Donald Trump said he would like to have "probably anywhere from 4,000 to 5,000" troops in Afghanistan by the time of the election on November 3.

CNN reported in June that the administration was finalizing plans to reduce the number of troops from the current level of 8,600 to approximately 4,500, a figure that would be the lowest number since the very earliest days of the war in Afghanistan, which began in 2001.

CNN was unable to obtain comment from Afghan officials.

Esper's confirmation of a major drawdown comes amid ongoing deadly Taliban attacks against the Afghan government, despite the insurgent group signing an agreement with the US in February.

The Pentagon also said in a report last month that the Taliban had still not broken with al Qaeda despite the Trump administration touting such a break as a major achievement of its deal with the Taliban.

Despite the lack of progress, on Thursday a Pentagon spokesman insisted while the President's guidance was clear, any future drawdowns would be "conditions based."