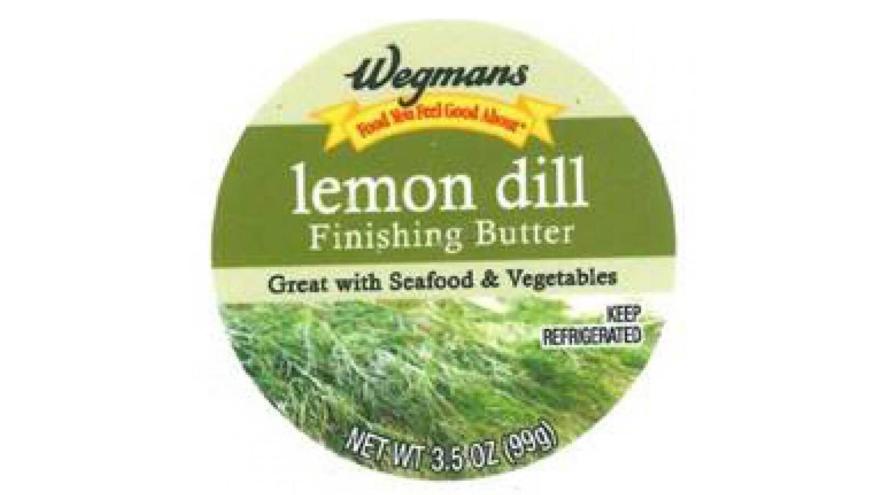 (CNN) -- Colorado-based Epicurean Butter is recalling hundreds of "Wegmans Lemon Dill Finishing Butter" tubs due to potential bacterial contamination, according to the US Food and Drug Administration (FDA).

Epicurean Butter said in an announcement it was recalling its 3.5-ounce tubs after being alerted by its frozen dill supplier, SubHerb Farms, that a dozen lots have the potential to be contaminated with Listeria monocytogenes, an organism which can cause serious and sometimes fatal infections in young children, frail or elderly people and others with weakened immune systems.

SubHerbs detected the potential contamination based upon a test from one of the supplier's food manufacturing customers in Canada that used the ingredient in one of their finished products, the announcement said.

There have been no illnesses reported as of Friday in connection to the issue, according to the announcement.

"Although healthy individuals may suffer only short-term symptoms such as high fever, severe headache, stiffness, nausea, abdominal pain and diarrhea, Listeria infection can cause miscarriages and stillbirths among pregnant women," the announcement said.

Twelve lots of the product that include over 1,000 tubs were included in the recall. The product is sold in a black plastic cup that is wrapped with a Wegmans label on its sides and the lid. Customers who purchased the product from these lots "are urged to return them to the place of purchase for a full refund," the announcement said.