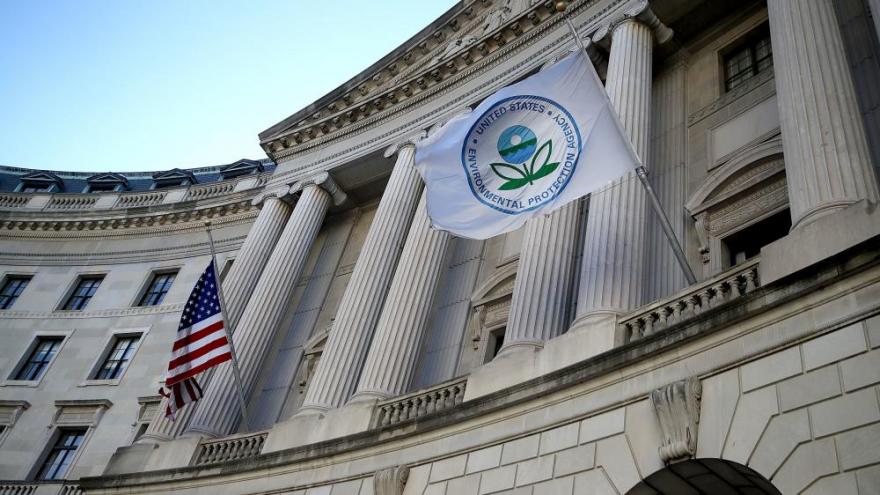 The Trump administration appears poised to finalize its replacement to stream and wetland regulations, and is expected to roll back a large body of federal protections. A view of the U.S. Environmental Protection Agency headquarters on March 16, 2017 in Washington, DC.

(CNN) -- The Trump administration is removing some federal water protections, siding with requests from industry and farm groups over the advice of environmental experts and its own scientific advisers.

The Environmental Protection Agency says it's rolling back unnecessary government regulation, but environmental groups, which are expected to challenge the plan in court, fear the changes will result in more pollution in drinking water, harm people's health and hurt local economies.

EPA Administrator Andrew Wheeler said Thursday the Navigable Waters Protection Rule will rescind Clean Water Act protections from many streams and wetlands by redefining which bodies of water are covered under the law. It will no longer include many smaller streams that flow seasonally or after rains, as well as wetlands that are not connected on the surface to larger bodies of water.

The changes were first reported by The New York Times and are expected to take effect in a couple months.

"Our rule protects the environment and our waterways while respecting the states and private property owners," Wheeler told reporters.

The changes, the latest in a series of actions taken by the Trump administration to roll back environmental protections, were made over the concerns of the EPA's own Scientific Advisory Board, which wrote last month the overhaul "decreases protection for our Nation's waters and does not support the objective of restoring and maintaining 'the chemical, physical and biological integrity' of these waters."

"That's a lot of wetlands and a lot of river miles that are no longer receiving federal protection," said Mark Ryan, who worked on the 2015 regulation and is now with the Environmental Protection Network.

The rule will "be a significant retreat to the federal jurisdiction," he said. The rule will put state governments in greater control of regulating small bodies of water, but many states, he said, have not developed regulations and rely on federal rules.

Dalal Aboulhosn of the Sierra Club said the new definition is overly narrow because water sources -- including small ones -- are connected.

"It's frankly very dangerous at a time when we're seeing water infrastructure failing us, PFAS (synthetic chemicals) in water, increases in flooding from climate change, and decreases in water in the arid West," said Aboulhosn, the group's deputy legislative director. "The last thing we should be doing is destroying the resources that we have and we should be making sure that they're protected."

She warned the loosening of regulations would lead to dramatic changes, such as streams and wetlands filled in for development, and could lead to more toxic algae blooms as pollution in unregulated small streams makes its way downstream.

Thursday's move is a win for the building and manufacturing trade groups, some of which lobbied against Obama-era protections for wetlands, as well as the fossil fuel industry.

It will also benefit US agriculture, including third generation cattle rancher T.J. Verver of Kyle, Texas. He said the permits required under the Obama-era regulations were a "tremendous headache."

"We're so busy running our day-to-day operations that we would basically be in gridlock if we had to wait for a permit or an authorization from the government," he told CNN.

He said that for farmers and ranchers, protecting the land "is our livelihood."

"So you've got to take care of that property as best you can, otherwise it's not going to be productive for you," he said.

The Clean Water Act was passed in the 1970s at a time when environmental catastrophes like the Cuyahoga River fire galvanized the national need for government protections.

Supreme Court decisions in the 2000s have led the EPA to develop regulations that have since been bitterly contested, and many of Trump's environmental actions have had the effect of limiting or weakening the agency.