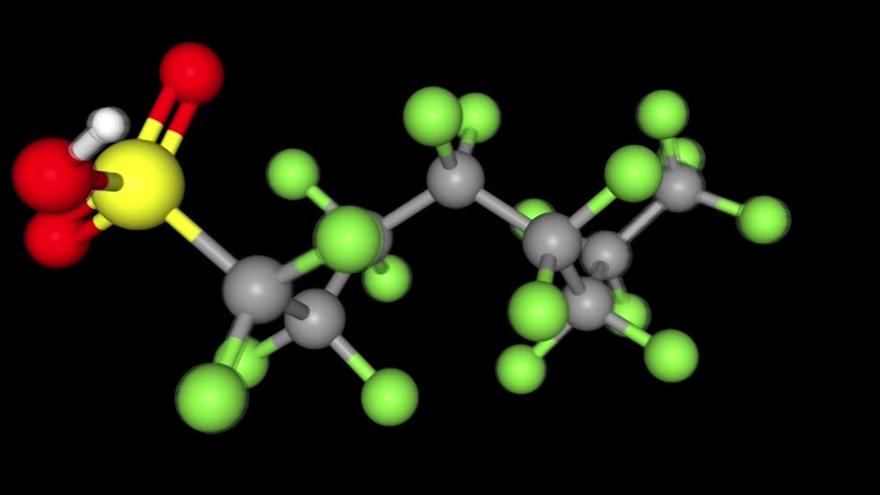 (CNN) -- The US Environmental Protection Agency announced Friday that it proposes to label certain "forever chemicals" that are found in hundreds of household items and pollute drinking water systems across the country as hazardous substances.

There are thousands of per-and polyfluoroalkyl substances (PFAS) chemicals. Since the 1940s, manufacturers have used the chemicals to make coatings and products that can repel water, grease, heat and oil. The chemicals break down slowly over time and leach into water and soil, and have been found in the blood of people and animals.

The most recent science suggests that these chemicals are much more hazardous to human health than scientists had initially thought and are probably more dangerous at levels thousands of times lower than previously believed. Exposure to the chemical may lead to reproductive problems, heart issues, breathing problems, cancer and problems with the immune system.

The EPA's new proposal is to designate two of the most widely used PFAS -- PFOA and PFOS -- as hazardous substances under Superfund regulations. The EPA said it will publish the proposed rule in the federal register in the next several weeks. That would give the public 60 days to comment before the rule could be finalized.

If the proposal is finalized, releases of certain amounts of these chemicals would have to be reported to the government. The EPA believes this would encourage the companies to have better waste management practices at the facilities that handle the chemical.

The EPA said the rule could also make the polluter pay fines and cleanup costs.

In June, the EPA drastically slashed the recommended limits for these chemicals. For the first time, the EPA also issued final advisories for limits in drinking water of the PFAS chemical GenX.

"Communities have suffered far too long from exposure to these forever chemicals. The action announced today will improve transparency and advance EPA's aggressive efforts to confront this pollution, as outlined in the Agency's PFAS Strategic Roadmap," EPA Administrator Michael S. Regan said in an agency news release. "Under this proposed rule, EPA will both help protect communities from PFAS pollution and seek to hold polluters accountable for their action."

Over the past decade, chemical manufacturers have voluntarily stopped producing PFOS and PFOA. At the federal level, the US Food and Drug Administration phased out the use of certain PFAS chemicals in 2016. The FDA and manufacturers agreed in 2020 to phase out some PFAS chemicals from food packaging and other items that came into contact with food. However, FDA monitoring of the environment showed that the chemicals tend to linger.

These chemicals can easily migrate into air, dust, food, soil and water. People can also be exposed to them through food packaging and industrial work.

PFAS has also been found in high concentrations at the country's military bases. The US Department of Defense says it has spent more than $1.5 billion on PFAS-related research and cleanup efforts.

In the body, the chemicals primarily settle into the blood, kidneys and liver. A 2007 study by the US Centers for Disease Control and Prevention estimated that PFAS chemicals could be detected in 98% of the US population.

Tim Whitehouse, the executive director of Public Employees for Environmental Responsibility, a group that works on environmental ethics and scientific integrity issues, said this latest move from the EPA is merely a baby step in the fight to end PFAS pollution.

"EPA actions are too little and too late," Whitehouse said. "This administration and previous administrations have been fiddling around trying not to upset chemical companies and communities suffer."

"A few communities may benefit from the proposed rule, but it doesn't solve the problem and the problem is that the EPA refuses to develop management standards for PFAS waste," Whitehouse said. Since they are forever chemicals, there is no real, safe way to dispose of them.

"We're just going to get more and more Superfund sites. So it's only a band-aid on a problem that's being created every day," Whitehouse said. "This is only fixing a problem that's already been created as opposed to stopping future problems."