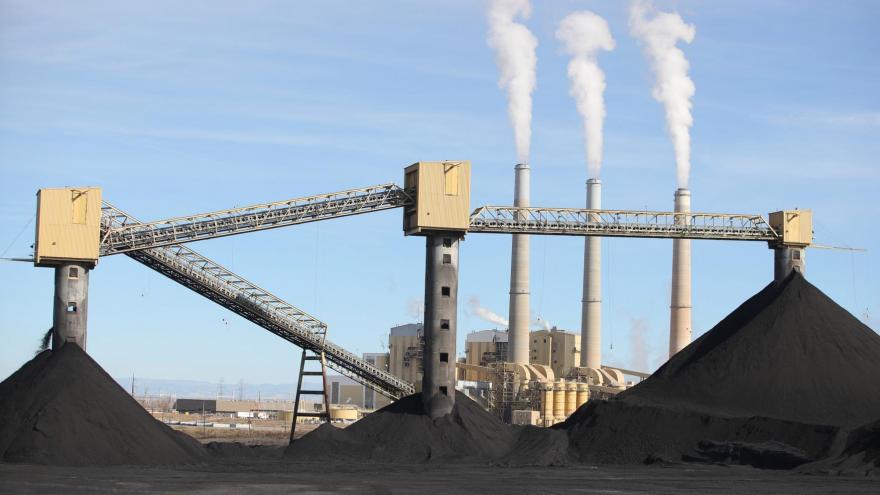 (CNN) -- The Environmental Protection Agency announced Monday it intends to set more stringent standards on water pollution from coal power plants, reinstating regulations that the Trump administration had rolled back.

It's a stark reversal from the position of the former President's administration, which rolled back dozens of Obama-era environmental regulations. The new rule would affect around 100 coal-fired power plants, according to an EPA official.

The EPA announced it would begin the rule-making process to reduce coal-fired power plant pollution -- including toxic metals like mercury, arsenic and selenium -- but the change will likely take years to go into effect, leaving the weaker wastewater regulations in place during that time.

The EPA said Monday it intends to issue a proposed rule for public comment in the fall of 2022. The agency is hoping to finalize the rule by late 2023 or early 2024, according to an EPA official. In the meantime, pollutants can still make their way into rivers and other bodies of water near coal power plants.

"EPA is committed to science-based policy decisions to protect our natural resources and public health," he said in the statement.

Brett Hartl, government affairs director at the Center for Biological Diversity, told CNN that even if the rule is finalized by 2023 or 2024, it could take longer for it to actually go into effect.

"Oftentimes in these rules, the agencies often have a compliance phase in period," Hartl said. "It may not be implemented by 2025 or 2026. We're stuck in a world where really important protections for people are being slow-walked and that's just not sufficient."