EPA says it will eliminate animal testing by 2035 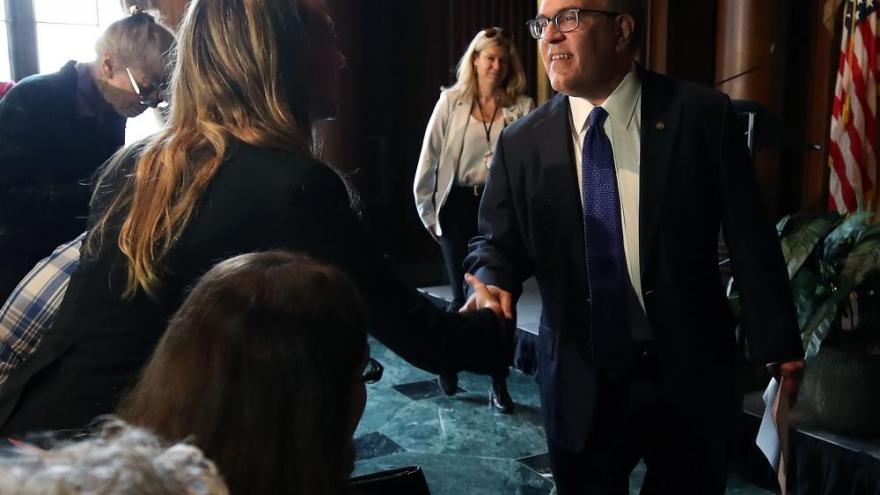 The Environmental Protection Agency announced a commitment to fully eliminate animal testing by 2035.

"This is a longstanding personal belief on my behalf," EPA Administrator Andrew Wheeler said Tuesday, recalling an op-ed he wrote for his college newspaper, The Observer, at Case Western Reserve University, in 1987, which the agency handed out to reporters.

The EPA has relied on animal testing to evaluate the risks of chemicals and pesticides to human health but has taken steps in recent years to move toward new alternatives and technologies. The Toxic Substances Control Act that was amended in 2016 to reduce reliance on animal testing as well.

Animal rights groups, including the Humane Society and PETA, praised the move.

However environmental groups slammed the EPA's directive, raising concerns about the adequacy of the alternative test methods for all chemicals, and arguing the move largely benefits chemical companies more than the public.

"EPA is eliminating tools that lay the groundwork for protecting the public from dangers like chlorpyrifos, formaldehyde and PFAS. Phasing out foundational scientific testing methods can make it much harder to identify toxic chemicals -- and protect human health," Jennifer Sass, senior scientist for the Healthy People and Thriving Communities program at the Natural Resources Defense Council, said in a statement.