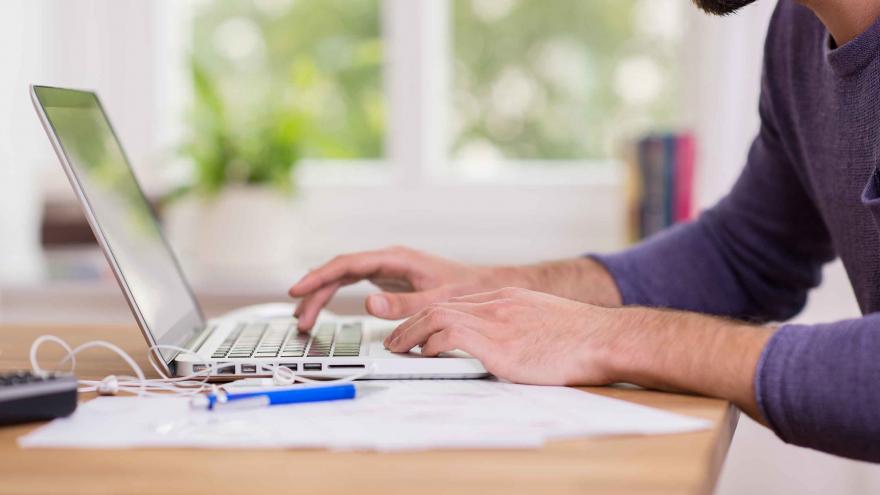 (CNN) -- Enjoying more free time while working from home? Maybe not. New research conducted during the pandemic shows that home-working employees in the United Kingdom, Austria, Canada and the United States are putting in more hours than before.

Home working has led to a 2.5-hour increase in the average working day in those countries, said NordVPN Teams, a New York-based company that provides virtual private networks (VPNs) to businesses.

The United Kingdom and the Netherlands stand out, with employees "working until 8pm, regularly logging off later than usual to wrap up an extended working day," it added.

However, employees in Denmark, Belgium and Spain initially recorded a spike in working hours but have since returned to their pre-pandemic timetable, NordVPN Teams said in a statement.

NordVPN Teams, which works with more than 10,000 companies, looked at the amount of data being sent via servers to calculate employees' working hours.

It also noticed a 41% increase in business VPN server traffic on Thanksgiving compared with the average weekend, which the company says "suggests that people are spending their family time working."

While server data can't distinguish between work and personal use, NordVPN said it was confident its research reflects longer working hours.

"Technically, somebody could perform personal tasks while logged into their business VPN, but we find employees usually treat work resources carefully and more often than not use them appropriately," Auste Valikonyte, a spokeswoman for the company, told CNN.

"There are personal VPNs on the market which are typically used for personal purposes."

Separate research from Wildgoose, a firm that offers virtual team-building experiences for businesses, found that 55% of UK employees say they have been expected to work outside their regular hours while working from home, and 74% have suffered fatigue, stress or burnout during the pandemic.

Wildgoose spoke to employees from 133 UK companies and found 44% said their workload had increased while working from home, and 31% reported an impact on their mental health, such as feeling depressed, anxious or exhausted since shifting to home working during the pandemic.

"While we've all grown used to home working as the pandemic has continued, it continues to present huge challenges in maintaining the right work/life balance," Wildgoose managing director Jonny Edser said in a statement.

"With increased workloads and a worrying trend of working through sickness, people's jobs are becoming ever more blurred with their home lives at a time when it's crucial the two remain distinct from each other."