Emmys preview: Why 'Ted Lasso' will defend its crown, and 'The Crown' won't 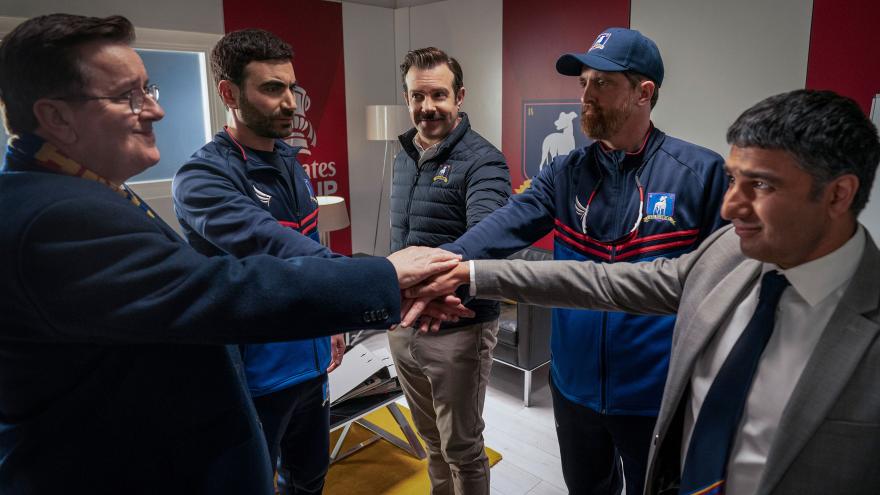 (CNN) -- "Succession," the 2020 Emmy winner for best drama series, will be a top contender at this year's ceremony on Sept. 12. But if you're wondering whether the HBO drama can beat last year's champion, Netflix's "The Crown," that matchup of TV's royal houses will have to wait.

Once upon a time, hit series dutifully premiered each fall, meaning you could count on dramas like "Hill Street Blues" and "ER," or sitcoms like "Cheers" and then "Frasier," to be in contention every year during their long runs.

Now, however, prestige series tend to operate on their own timetables, skipping years -- or longer -- between seasons. Throw in the pandemic that disrupted production schedules, and viewers are to be forgiven if they can't keep track of what's eligible from year to year, even with a scorecard.

Take "Barry" and "Atlanta" (both entered as comedies), which after their extended layoffs return to the awards fray (the former in multiple categories, the latter for star Donald Glover) for the first time since 2019 and 2018, respectively.

Among the best-drama nominees, the aforementioned "Succession," "Stranger Things," "Euphoria," "Better Call Saul" and "Ozark" all sat out 2021, with the new shows "Squid Game," "Yellowjackets" and "Severance" rounding out the field. But they needn't worry about competing with "The Handmaid's Tale," which launches its fifth season Sept. 14.

"Ted Lasso," meanwhile, will have the chance to repeat as best comedy, meaning the Apple TV+ show can defend its crown, but "The Crown," um, won't. "Hacks" also makes a back-to-back appearance, while the arguably stiffer competition this year includes new players "Abbott Elementary" and "Only Murders in the Building" along with four series that weren't on the 2021 menu: "Barry," "The Marvelous Mrs. Maisel," "What We Do in the Shadows," and "Curb Your Enthusiasm." ("Curb" is in something of a trailblazing class by itself, spreading 11 seasons and 51 Emmy nominations over the last 22 years.)

Certain shows require a separate asterisk due to the Emmy eligibility window, which covers the 12-month stretch from June through May.

Both "Stranger Things" and "Better Call Saul" split their seasons, with the first halves falling within that timeframe while the latter didn't, meaning they'll be eligible again in 2023.

The Emmy calendar can also foster confusion depending on when series premiere. If, for example, you just finished watching the second season of Hulu's "Only Murders in the Building," remember, it's the first season that's nominated this year.

Limited series avoid questions of repetition, but not timing. It's again a loaded lineup, featuring Hulu's "Dopesick," "The Dropout" and "Pam & Tommy," Netflix's "Inventing Anna" and HBO's "The White Lotus," the only one not based on a true story.

Even there, the vagaries of the Emmy calendar and rules play a part. Take the "Star Wars" prequel "Obi-Wan Kenobi," which actually premiered just before May 31 deadline but declined to make subsequent episodes available in advance to voters, delaying its consideration until 2023. (Star Ewan McGregor won his first Emmy last year for another limited series, Netflix's "Halston.")

The main televised Emmys annually follow what are known as the Creative Arts Awards, which were presented Sept. 3-4 in dozens of mostly technical categories.

For those keeping score, or who simply enjoy questions about network bragging rights, HBO and HBO Max totaled 26 awards, followed by Netflix with 23 and the streaming services Disney+ (9), Hulu (8) and Amazon Prime (6).

Netflix tied a 47-year-old record with 44 total statuettes last year from all those ceremonies, more than twice nearest competitor HBO, which had led the way in 2020 and 2019 after tying with Netflix in 2018.

"Stranger Things," "Euphoria" and "The White Lotus" each collected five awards last weekend (and could add to those totals Sept. 12), as did the special "Adele: One Night Only" and the docuseries "The Beatles: Get Back."