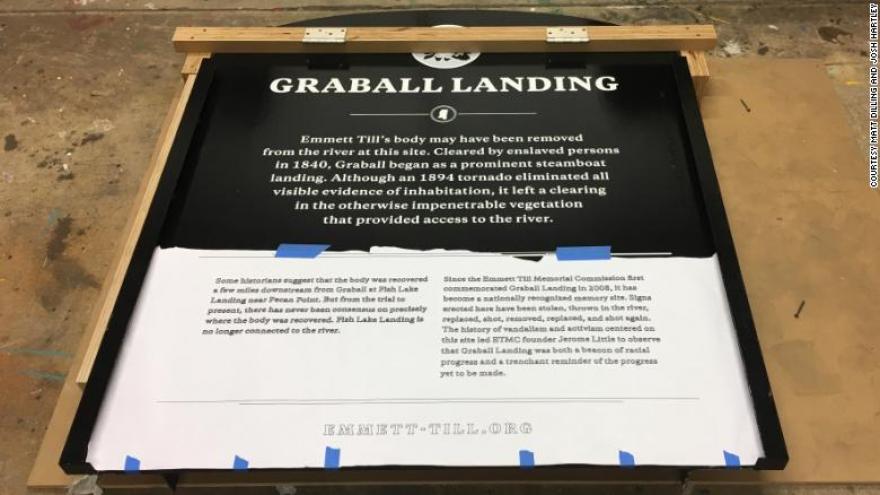 Acting White House chief of staff Mick Mulvaney says he and President Donald Trump never discussed his potential resignation following a defiant press conference last week in which the aide admitted a quid pro quo between the US and Ukraine.

(CNN) -- A memorial sign marking Emmett Till's death that was riddled with bullet holes earlier this year was rededicated Saturday -- this time with bulletproof glass.

Patrick Weems, executive director of the Emmett Till Memorial Commission, said more than 100 people, including members of Till's family from Chicago, attended a ceremony near Sumner, Mississippi, rededicating the new and improved sign. Weems said the sign, which cost more than $10,000, weighs more than 500 pounds and is surrounded by security cameras.

The sign marks the spot where Till's body was pulled from the Tallahatchie River in 1955. The 14-year-old African American was tortured and killed by two white men after accusations that he flirted with a white woman, and his death became an important catalyst in the civil rights movement.

In July, three white University of Mississippi students were suspended from the Kappa Alpha fraternity after they posed with guns in front of the sign, sparking a Department of Justice investigation. The sign appeared to be riddled with bullet holes in the photo, which was first published by the Mississippi Center for Investigative Reporting and ProPublica.

The first sign went up along the river in 2007 and was stolen the following year. No arrests were ever made. When the marker was replaced, it was riddled with bullet holes. In 2018, a third sign was put up at the site, but only 35 days went by before it was shot up again.

"We understand that racial reconciliation begins by telling the truth. Our historical (markers) allow a first step towards that truth telling process," Weems said in a statement. "Sadly, there are still those who want to deny the events of 1955. We cannot change our past but we have a responsibility to tell our stories together so we can move forward together with a shared future."

The sign is in a remote area along the river accessible by a gravel road. In July, Weems said the vandalized signs have brought him both frustration and hope.

"And the hope is that there are people around this country who care about this story," Weems said. "That Emmett Till did not die in vain. His mother didn't allow him to die in vain and we have a sacred oath to make sure that these sites go back up."