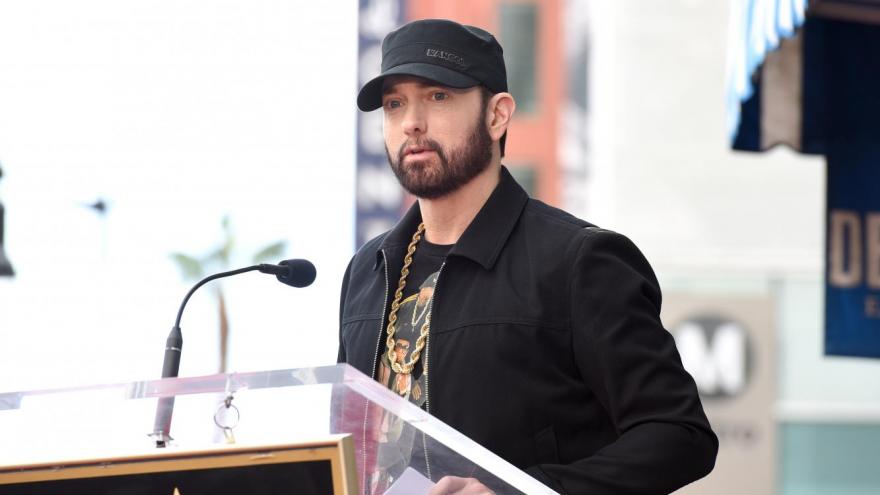 Rapper Eminem gave back to Detroit health care workers this week by distributing "Mom's Spaghetti," infamously referenced in his hit song "Lose Yourself."

The tubs of bright red spaghetti had labels that read "Thank you frontline caregivers." They were also marked with the Shady Records logo.

Local catering company Union Joints carried out the initiative, which was funded by Eminem and the Marshall Mathers Foundation.

Henry Ford Health System, based in Eminem's hometown of Detroit, posted about the gift Tuesday on Twitter, joking that their workers "lost themselves" in the meal.

A publicist for Eminem confirmed the food donations to CNN, and said other area hospitals would be receiving similar meals in the coming weeks.

This isn't the first time Eminem has served up "Mom's Spaghetti."

In 2018, the artist partnered up with Union Joints to host a Mom's Spaghetti pop-up stand at the Coachella Valley Music and Arts Festival, which he also headlined that year.

"Lose Yourself," released in 2002, is featured in Eminem's semi-autobiographical film "8 Mile." The song won the Academy Award for Best Original Song in 2003. He performed the song at the 2020 Oscars, 18 years after the song was released.

Wayne County, where Detroit is located, has 6,677 confirmed cases of coronavirus, as of Thursday, according to the data provided by the state's government.