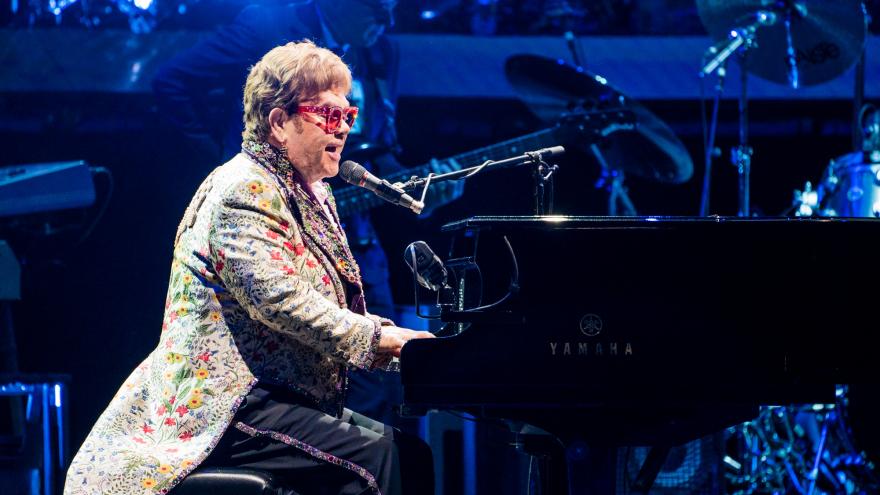 (CNN) -- Elton John's concerts at American Airlines Center in Dallas have been postponed after the singer tested positive for Covid-19, according to a statement from the arena.

The venue announced the already long-delayed "Farewell Yellow Brick Road" tour would not run this Tuesday and Wednesday.

"It is with great regret that the Farewell Yellow Brick Road tour dates in Dallas set for Tuesday, January 25 and Wednesday, January 26 must be postponed due to Elton recently testing positive for Covid-19. Fortunately, Elton is fully vaccinated and boosted, and is experiencing only mild symptoms. Fans should hold on to their tickets as they will be honored at the rescheduled dates to be announced soon. Elton and the Farewell Yellow Brick Road tour look forward to returning to the stage shortly," the venue wrote in a statement.

The singer had just returned to performing after a nearly two-year hiatus due to the pandemic. The tour was also delayed last year as he underwent hip surgery.

John had announced tour dates in June 2021, saying at the time: "The shows that I announce today will be my final tour dates ever in North America and Europe. I'm going to go out in the biggest possible way, performing at my very best, with the most spectacular production I've ever had, playing in places that have meant so much to me throughout my career."

It's not yet clear if the tour, scheduled to stop in Little Rock, Arkansas, and Oklahoma City on Saturday and Sunday, will go forward or be postponed.