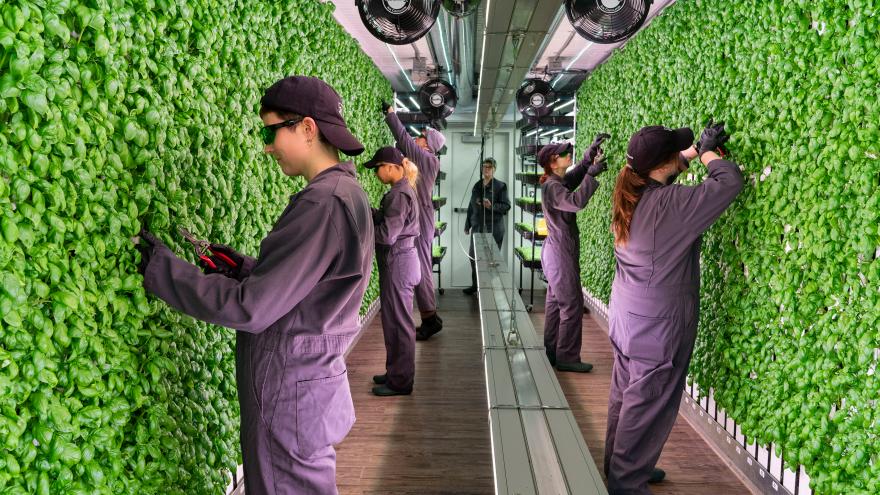 (CNN) -- Plant-based foods are all the rage right now, and vertical farms are capitalizing on the trend.

Vertical farming is an indoor farming method in which crops are grown in stacked layers, often without soil. The practice is becoming more popular and important as urban populations grow dramatically and available farmland decreases.

Elon Musk's younger brother, Kimbal Musk, who was named "Global Social Entrepreneur" of the year by the World Economic Forum in 2017, started Square Roots, an indoor urban farming company based in Brooklyn, in 2016. Square Roots' mission is to bring fresh, local food to cities around the world by empowering younger generations to participate in urban farming.

"When I was a kid, the only way I could get my family to sit down and connect was by cooking the meal," Musk, co-founder and executive chairman of Square Roots, told CNN Business in an email. 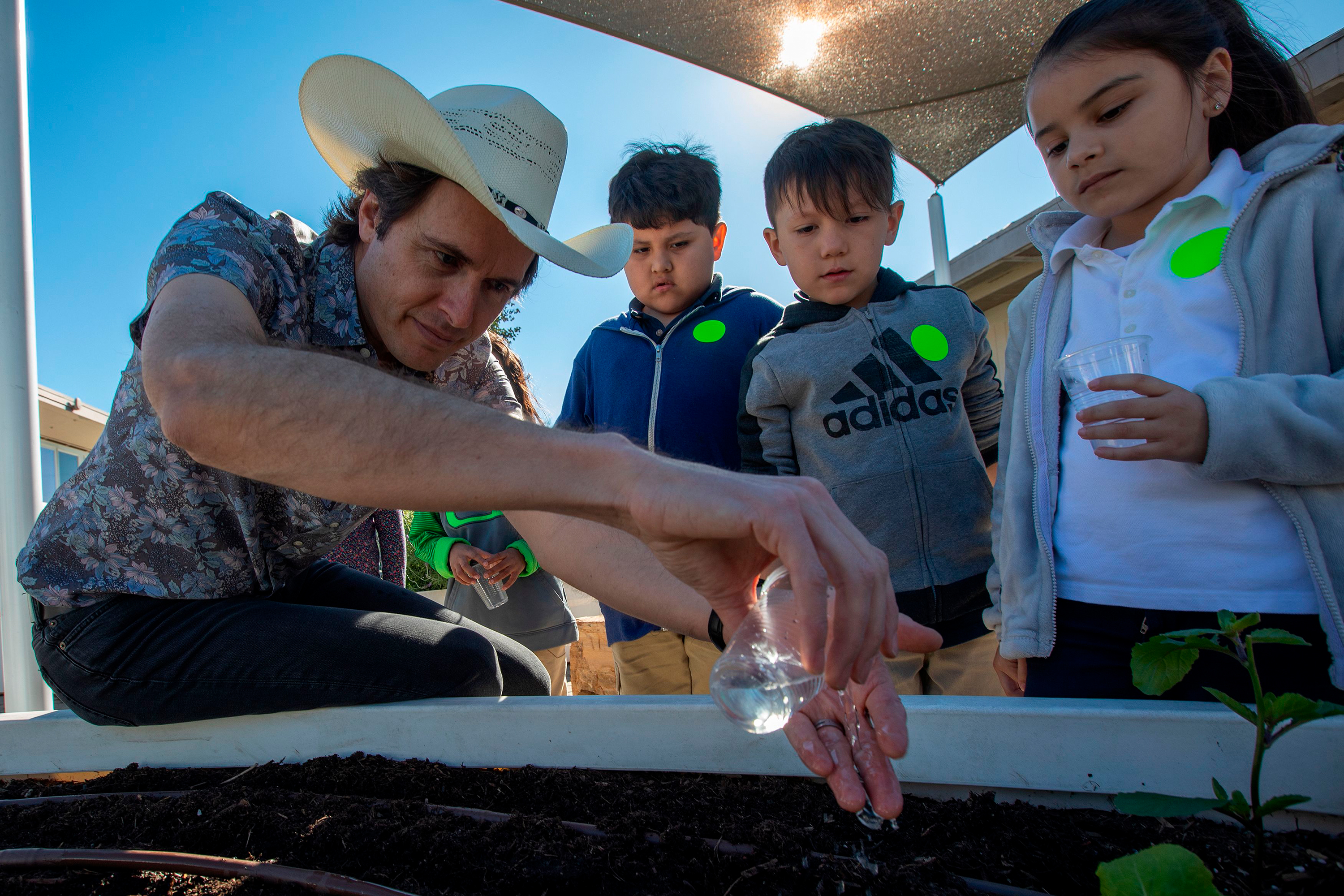 "Getting involved with the internet, especially in the late 90's, was very exciting and I wouldn't change anything about those experiences, but my passion has always been food," Musk said. "The moment Elon and I sold Zip2, our first internet company, I knew I wanted to pursue food and become a trained chef." He moved to New York and enrolled at the International Culinary Center.

Musk said the company plans to open a Square Roots "Super Farm" — with 25 climate-controlled shipping containers, cold storage, biosecurity infrastructure and everything else needed to run a vertical farm at scale — in less than three months.

Since its inception, Square Roots has grown more than 120 varieties of crops, including greens, vegetables and strawberries.

The company isn't the first of its kind. Startups like Silicon Valley's Plenty,which was founded in 2013 and is backed by Jeff Bezos, are also beginning to dominate the space.

"Environmentalists, urban farmers, architects, agronomists, and public health experts, among others, have been joining this mini revolution as they partner to work out a way to salvage a food-scarce, ultra-urbanized future," Kheir Al-Kodmany, a professor of sustainable urban design at the University of Illinois at Chicago, said in a report.

As for job creation, rapid climate change will put millions of traditional farmers out of business, but vertical farmers won't be affected, according to microbiologistDickson Despommier, an emeritus professor of public and environmental health at Columbia University.

Although vertical farming was first introduced in the early 1900s, it was recently popularized by Despommier. More than 20 years ago, he began teaching a class at Columbia called Medical Ecology. 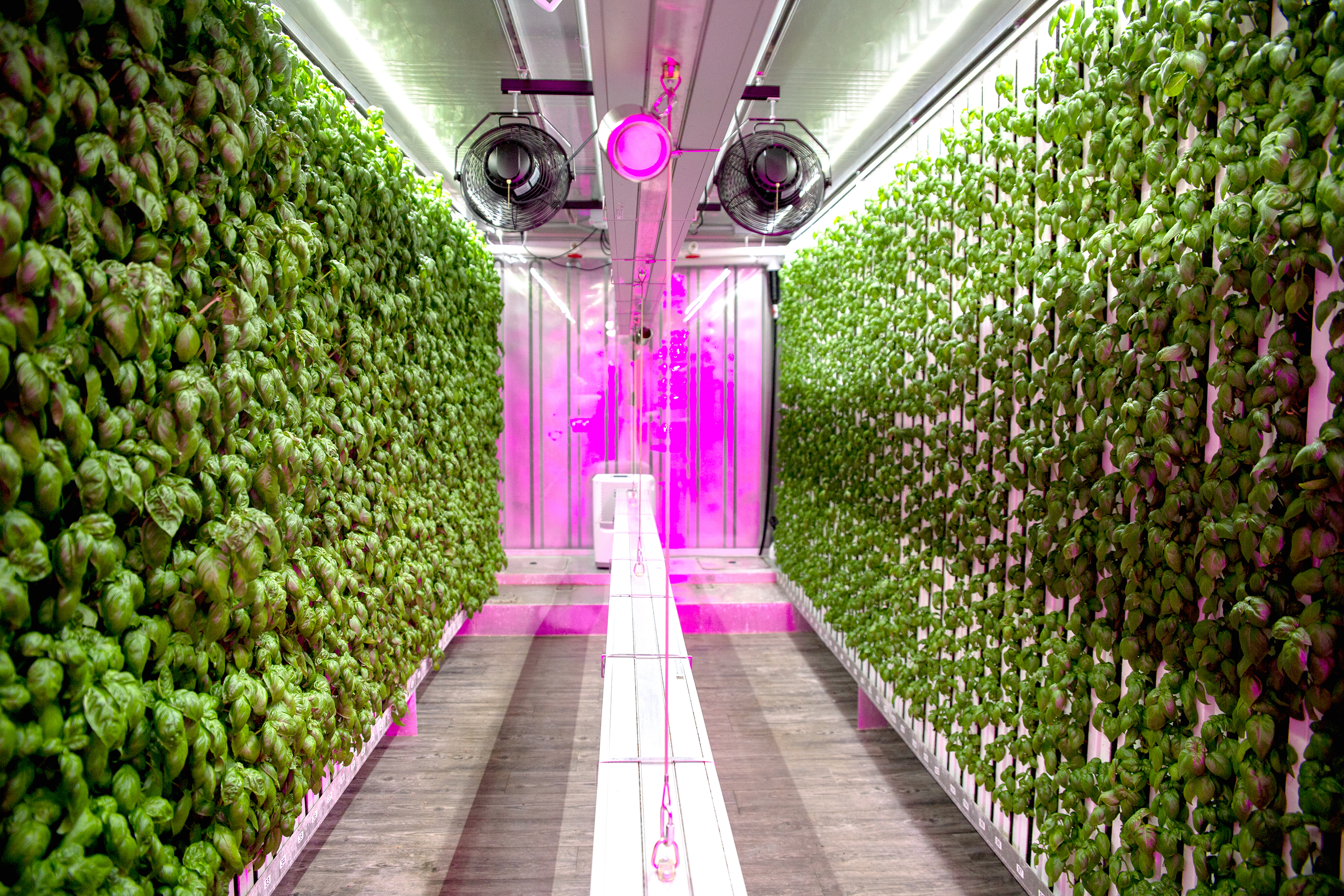 Despommier spent a decade growing crops indoors with his students. "Ten years ago, there were no vertical farms," he said, noting that LED grow lights have vastly improved farming efficiency over the last five years, making indoor growing cheaper and more reliable.

"People want local food because they've lost trust in the industrial food system that ships in high calorie, low nutrient food from thousands of miles away with little transparency as to who grew the food and how," said Peggs, the Square Roots CEO.

At the same time, the world population is growing and urbanizing rapidly. Peggs said climate change is threatening existing supplies of food, forcing the industry to figure out new ways to grow food quickly.

Peggs is optimistic about raising money for vertical farming. "A lot of smart money and capital is entering the space," he said. "The quality of food that can now be produced in these indoor systems is at least on par with the best organic field grown food you can buy."

Despommier said that cities will eventually be able to grow "all they can eat" from indoor farms located within city limits. "If an outdoor farm fails, the farmer has to wait until next year to start again, he said. "Indoor farms fail too, but the indoor farmer can start again within weeks."